Global investments rebound, but ‘unlikely to be sustained’

Indeed, the USA saw foreign investment post-pandemic flows more than double to $367 billion, the third highest level ever recorded. The U.S. remained the largest recipient of FDI with major  investments in the pharmaceutical, aviation and railways sectors by the UK, Ireland and Canada. 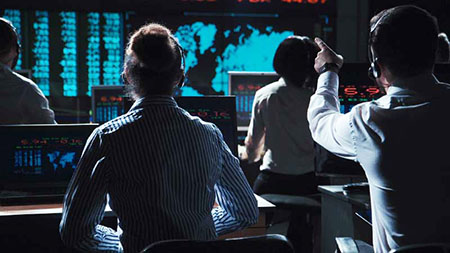 Conversely, investment flows into the European Union (EU) reached $138 billion, the lowest level since 1997.  Countries like the Netherlands witnessed major investment slumps. Tellingly there’s not a single EU country among the top ten FDI recipients! Germany comes in at 11th with investment falling from $65 billion in 2020 to $31 billion last year.

Surprisingly South Korea is not among the top twenty FDI destinations; yet the ROK saw an FDI outflow of $61 billion last year.

Stated another way the so-called BRICS investment destinations Brazil, Russia, India, China, South Africa are in the top standings.  Following its invasion of Ukraine, Russia is naturally the pariah in the room. During 2021, $38 billion was invested into the Russian economy; the sum during the pandemic year was $10 billion.  Most foreign firms investing into Russia are concentrated in the energy and service sectors.  Naturally, punishing sanctions regimes, especially from the U.S. and European Union countries, will likely freeze Russian investments and trade causing Moscow’s economy to enter a serious long-term decline.

The report states that Asia is the largest recipient region, accounting for 40 per cent of global FDI reaching $619 billion.  Yet investment flows remain “highly concentrated; six economies account for more than 80 per cent of FDI to the region.”  Those countries comprise China, Hong Kong, in East Asia, Singapore and Indonesia and Southeast Asia, and India in South Asia.

China alone accounts for $181 billion in FDI last year, up from $149 billion in 2020; the number of foreign businesses in China registered in 2021 reached 48,000.  China’s high-tech sector remains robust; for example, Taiwan Semi-Conductor Manufacturing (TSMC) plans to invest $2.8 billion in China to expand the production of semiconductors used in automobiles.

Taiwan’s TSMC is equally building a $12 billion semiconductor facility in the USA.

Despite Beijing’s political crackdowns, Hong Kong still largely retains a vibrant economy but without the vigor of past years.   Hong Kong’s investment reached $141 billion in 2021 up from a formidable $135 in 2020.  Both China and Hong Kong are facing the aftershocks of the COVID pandemic and this year still enduring new lockdowns in Shanghai.

Singapore the vibrant city state in Southeast Asia retains its Tiger economy status with $99 billion FDI last year from $75 the year before, Indonesia is emerging as a force too with $20 billion investment last year up from $19 in 2020.

India offers an interesting lesson. Despite attracting $64 billion in the pandemic year, last year investment fell to $45 billion.  Yet, India’s increasingly enterprise orientated economy is attracting key companies from Japan; Projects include the building of a steel and cement plant for $13.5 billion by Arcelormittal Nippon Steel and the construction of a new car manufacturing facility by Suzuki Motor for $2.4 billion.

During 2021, FDI in Latin America and the Caribbean rose by 56 per cent to $134 billion, most investments went to South America which saw higher demand for commodities and agricultural products.  Brazil, Chile and Colombia were major recipients.  Mexico saw a jump in FDI to $32 billion from $28 billion the year before. China’s Huawei announced that it will open a $4.5 billion cloud data center in Mexico.

As UNCTAD warns, “This year, the business and investment climate has changed dramatically as the war in Ukraine results in a triple crisis of high food and fuel prices and tighter financing.”

The report adds, “The 2021 growth momentum is unlikely to be sustained.”  Global FDI  flows in 2022 are expected to trend downward or at best remain flat.

but ‘unlikely to be sustained’, Global investments rebound, WorldTribune.com