Two former participants in Girl Scouts say they spent a decade documenting the organization’s relationship with the abortion industry.

Ann Saladin, creator of MyGirlScoutCouncil.com, and co-editor Christy Volanski said Girl Scouts USA have relationships with Planned Parenthood and political leaders who support abortion and a left-wing agenda in general. 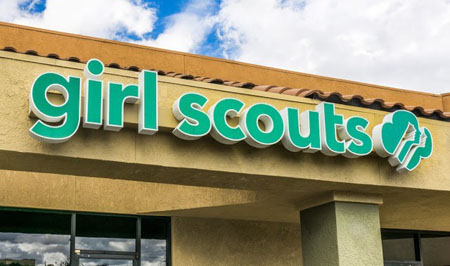 “Many Girl Scout critics focus primarily on the relationship between Girl Scouts and Planned Parenthood, but the concerns are so much broader than this one concerning connection,” Volanski said. “The Girl Scout organization features many progressive pro-abortion organizations, activists, politicians and events to its girl members.”

The Girl Scouts said in a November tweet: “Girl Scouts is excited to be in sunny LA at the #TeenVogueSummit. We’re all about tackling pressing issues that girls deal with on a daily basis and are joining forces to create a better world for future leaders.”

Saladin stressed to Breitbart News that one of Girl Scouts’ most disturbing more recent partnerships has been with the Teen Vogue Summit.

“GSUSA’s recent sponsorship, participation, and promotion of the Teen Vogue Summit, which featured ‘reproductive justice’ among its topics, is the latest example at odds with their assurance that ‘GSUSA does not take a position or develop materials on these issues [human sexuality, birth control, and abortion],’ ” she said. “If tweeting out the pro-abortion mantra ‘My body, my choice, my rights’ isn’t taking a position, I don’t know what is.”

Breitbart noted that “One of the Teen Vogue Summit speakers was the Girl Scouts’ own Andrea Bastiani Archibald, the organization’s developmental psychologist who, prior to Christmas, penned a post warning Girl Scout parents that encouraging their daughters to hug relatives during the holidays might plant the seed they owe sexual favors later on in life.”

MyGirlScoutCouncil posted to Facebook last week that the Girl Scouts Gold Award – its highest honor – went to a “reproductive health justice” project to “educate people about and destigmatize access to women’s healthcare.”

Girls Scouts USA states on its website, regarding the issues of human sexuality, birth control, and abortion, it “does not take a position or develop materials on these issues.” Similarly, Girl Scouts denies having “a relationship or partnership with Planned Parenthood.”

The World Association of Girl Guides and Girl Scouts (WAGGGS) is an organization that advocates globally for abortion rights, Breitbart News noted.

Girl Scouts USA is also a member organization of the Coalition for Adolescent Girls (CAG), which advocates for abortion, contraception and comprehensive sex education for girls.

In addition to the Girl Scouts, CAG includes International Planned Parenthood; global abortion provider Marie Stopes International; the sexuality-focused Advocates for Youth; the Institute for Reproductive Health; the United Nations Foundation; and the Bill and Melinda Gates-funded Women Deliver organization, that focuses on access to contraception and abortion.