Get comfortable with tyranny: Plantation insider rationalizes slavery in the name of liberty

In the United States of Absurdia, “civil libertarians” promote enslavement. It’s important to understand how these people think. 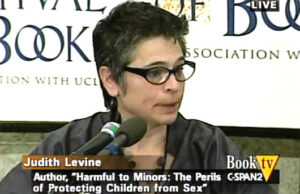 The ACLU declaring coercion as liberty in the pages of The New York Times reveals the magnitude of the hostility at the heart of coronavirus social curbs. The howlingly lame effort, an operation so clumsily heavy-handed that all those involved had to be fully aware of its inherent inanity, displayed a particularly rabid animus against regular Americans.

A brand-name organ of the ruling establishment was trotted out to pronounce to the little people via one of the biggest media platforms in this nation that up is down and the sky green and the grass blue.

This is how much they think of you.

Glenn Greenwald was front-and-center in the denunciation against what the ACLU, which has used anti-Trump posturing to become a financial powerhouse in recent years, had become.

As we also wrote:

Glenn Greenwald knows a thing or two about system co-opting. The independent investigative journalist has watched the news site he co-founded, The Intercept, morph into a full subsidiary franchise of the progressive establishment.

This has just been verified in spades. In a similarly blatant act of leaden deceit, an article posted Jan. 1 at The Intercept is ostensibly meant to caution about civil liberties concerns in the age of vaccine passports but instead turns out to be a not-so-grudging defense of “your papers, please” as the new normal in a healthy “biopolitical state.”

The author, Judith Levine, touts herself as a civil libertarian but is in fact a Cultural Marxist social activist. Her Intercept bio reads:

Judith Levine is a journalist and personal essayist on sex, justice, and emotions in politics.

OK, she’s a flake. But her article deftly points out the crucial fact that it is urban social progressives above all who are most eager to embrace an authoritarian technocratic state.

Levine’s professed worry for individual freedoms in the coming Nanny Regime is threadbare at best. This should tell you all you need to know:

I’ve been double-vaxxed and boosted. Needless to say, I want to do everything — or at least go to the movies. I’ve handed my paper vaccine card to a dozen gatekeepers, but I’m not getting New York’s Excelsior Pass. So I too am bartering shreds of my personal data for brief furloughs from the cage. I’m not pure.

Still, I’m troubled. What else am I — are we — trading away? There’s no doubt something like the vaccine passport is here for good, beyond Covid. In the end, we may decide we want this thing. But we should go into it with our eyes open.

While professing support for those adamantly opposed to vaccine passports, Levine is performing the not-so-subtle trick of asserting as fact that the passports are a done deal, here to stay. She even declares that such a grotesque encroachment on the personal freedoms of individual Americans may end up being something “we want.”

A child could see through this game.

Levine is quick to accede to Big Government the right to make Life decisions on behalf of the people it rules:

I have no beef with data collection per se. Data are the lifeblood of what Michel Foucault called the biopolitical state, which governs by maximizing life and sustaining populations rather than by threatening violence and imposing death, as earlier regimes had done.

From there, Levine’s true higher aim is easy to attain. Having already positioned the tyranny as a fait accompli, all one can do is fuss about how to go about making it work.

Levine rather hideously faces up to the ugly motives driving her and her fellow cosmopolitans in embracing harsh coronavirus social curbs. An emotional need to feel secure from perceived invisible threats and a devout sense of self-righteousness towards those who do not understand are the defining traits:

A pocket-size dossier of one’s “attributes of permission” affords its holder a sense of inclusion, and thus protection from a menacing world. My Facebook friends told me as much. “What I like about Excelsior is the extra level of confirmation it offers — the info individuals input is checked against a database,” responded one woman…. But even skeptics are buying the ticket. Wrote one: “I’d rather hand over my personal info to some corporation than eat [in a restaurant] next to the unvaccinated.”

I too want to eat in a restaurant, away from the unvaccinated. But to be honest, it’s not just because I don’t want to get sick. It’s because I despise them — whoever they are — the sans-papiers. I am not proud of this.

Levine is not ashamed of the forced exclusion of the unvaxxed. She is disturbed, however, by her personal loathing of those she admits to despising.

Remember when this was supposed to be an article in defense of civil liberties?

The conclusion is inevitable. We must all acclimate ourselves to the inevitable new tyranny in as comfortable a manner as possible:

The vaccine passport embodies the contradictions of the pandemic that birthed it. It guards borders, divides us from them. It also facilitates travel, and travel is an antidote to tribalism. In either case, it is not going away. Therefore, if it is indeed the prototype linchpin of a future global, digital hyper-surveillance apparatus, we must demand that it be universally accessible, publicly owned and regulated, its workings transparent, and its uses stringently defined.

For the moment, the vaccine pass is allowing us to repopulate the third spaces and revitalize the public square, where accidental touch accustoms us to tolerance and minor conflict conditions us for democratic discourse. Technologies encode their makers’ and users’ values. This one must serve the survival of the social.

Levine has fully outed The Intercept as the hollow tool of a regime that plans to operate by force. Refusing to go into the “cage” is not an option. It is going to happen. But in the name of “liberty,” we must insist that our cages meet certain universal specifications.