The Georgia Secretary of State’s office reported that it has opened an investigation into the handling of 2020 election drop box ballots in DeKalb County. 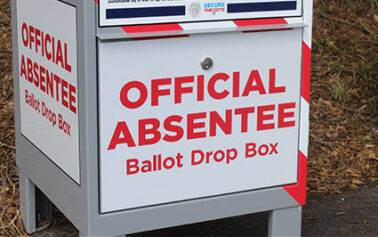 The investigation was opened in what is one of Georgia’s Democrat Party strongholds following a report by The Georgia Star News of major problems with chain of custody documentation in the county during the election last November.

More than 80 percent of DeKalb residents reportedly voted for Joe Biden in 2020.

“The Secretary of State’s office has opened an investigation into the drop box chain of custody documentation for DeKalb County,” Georgia Secretary of State Brad Raffensperger’s office told Just the News. “The investigation includes not only whether DeKalb County properly complied with the documentation required by the State Election Board but also whether the actual procedures used by DeKalb adequately protected chain of custody for ballots returned to drop boxes.”

The Star News reported that 43,907 of the 61,731 absentee ballots deposited in drop boxes in the November 2020 presidential election in DeKalb County were counted in official tallies certified by the county and the state though they had not met the chain of custody requirements set by the Georgia State Election Board on July 1, 2020.

Raffensperger’s office said it did not receive most counties’ chain of custody forms for the ballot drop boxes until January and February of this year.

Meanwhile, former Rep. Jack Kingston told Newsmax on Tuesday that 19,000 ballots were counted from a single Georgia drop box over one weekend, but surveillance shows only 24 people dropping off the ballots, nearly 800 ballots per person dropping them off.

“I know of one drop box in Georgia that is being looked at,” Kingston said. “Over Columbus Weekend, a three-day weekend, 19,000 votes were counted. But surveillance shows that only 24 people went to the drop box. You can’t have that kind of ballot harvesting in the state of Georgia. So we have to look into this.”

2020 election, Georgia to investigate chain of custody for 2020 ballots in DeKalb County, WorldTribune.com

Georgia to investigate chain of custody for 2020 ballots in DeKalb County added by Editor Two on September 28, 2021
View all posts by Editor Two →