Gallup poll: Americans carrying the weight of the world, stressed to the max

“Even as their economy roared, more Americans were stressed, angry and worried last year than they have been at most points during the past decade,” Gallup said. 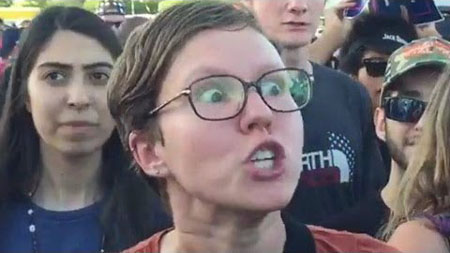 Asked about their feelings the previous day, the majority of Americans (55 percent) in 2018 said they had experienced stress during a lot of the day.

The poll also found that younger Americans (between the ages of 15 and 49) are among the most stressed, worried and angry in the country. Roughly two in three of those younger than 50 said they experienced stress a lot, about half said they felt worried a lot and at least one in four felt anger a lot.

Gallup also said that those who disapprove of President Donald Trump’s job performance “are significantly more likely to experience each of these negative emotions than those who do.”

According to the poll, the 55 percent of Americans who experienced stress was one of the highest rates out of the 143 countries studied. That percentage also far outranked the global average of 35 percent.

The U.S. even ties statistically with Greece, which has led the world on this measure every year since 2012, the poll found.

“When it comes to worry, the six-point gap between the U.S. (45 percent) and the global average (39 percent) was not nearly as substantial as it was with stress,” Gallup said.

The U.S. was also far from the top of the list of countries with the largest worried populations. In 29 countries, a majority of people said they worried a lot the previous day, including at least six in 10 in places such as Mozambique (63 percent), Chad (61 percent) and Benin (60 percent).

While Americans in 2018 reported being more angry than most years in the past, the 22 percent who were angry was the same as the global average. Americans, as a whole, were half as likely to be angry as the populations of the Palestinian Territories (43 percent), Iran (43 percent), Iraq (44 percent), and Armenia (45 percent).