In 2020 America, where a state of covid fear has been created by the major media and power-mad politicians, “we have office workers [who] will come by and mace you if you are not wearing a mask, and no one will come to your rescue. In fact, they’ll probably applaud it,” a psychiatrist said at the recent Truth Over Fear Summit organized by Catholic broadcaster Patrick Coffin. 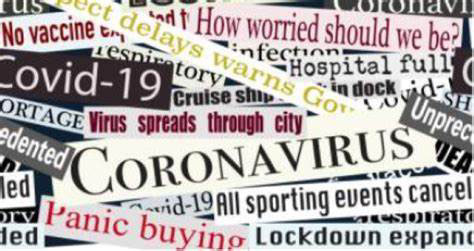 The “driving force of the coronavirus pandemic and the hysteria” around it is fear that has now “grown and become so entrenched that it has reached a state of what I would call delusional psychosis. A delusion is a fixed false belief that is contrary to reality,” Dr. Mark McDonald said at the summit, according to a Nov. 28 report by LifeSite News.

“Fear has become a new virtue. Never before in the history of this country have we told people that fear is good,” or to “settle into” those fears and allow them “to control and constrain your life,” said McDonald, who spoke at the American Front Line Doctors White Coat Summits in July and October.

Americans “who are either afraid, or who have been fed lies and misinformation for months now, have grown to not only feel afraid, but also to believe that what they are being told is true, which is primarily that all of us are at equal risk of catching a virus and dying from it,” McDonald said.

“This is demonstrably untrue. It is a lie, in fact. And we’ve known that it’s a lie for about six months, and yet people have come to believe it.”

“Less than one percent of the population accounts for over 90 percent of all the deaths,” which occur in people “over age 70, mostly over age 80, with at least two and a half to three comorbidities, according to the CDC,” he added.

“Other than that group of people, we really are not at risk of hospitalization or death in any meaningful way from this virus, certainly less than we are of standard influenza.”

Most disturbingly, the pandemic “hysteria” has reached the stage of “going beyond fear, going beyond the crazy itself, to what I would call group control,” he said.

McDonald related two examples of this “hysteria” from personal experiences.

During a recent flight on Delta Airlines, a “furious” flight attendant “castigated me” for drinking water for more than three minutes, and continued to “hound” him throughout the flight, McDonald said.

When the plane reached its destination, McDonald was “escorted off” and interviewed by a station manager. Two weeks later, he received a letter from Delta banning him from flights “in perpetuity,” or until the airline withdrew its mask mandate.

McDonald said he was later told by the person he was traveling with that “all the passengers erupted into applause” after he was escorted off the plane, because “their anxiety was relieved by me being punished for not appropriately wearing the mask as requested, as demanded.”

During another flight, McDonald said he went to the galley for some water, and an attendant on her break offered to get him some, but was berated by an on-duty flight attendant for not wearing a mask.

“This colleague attacking colleague, passenger attacking passenger” is a “type of behavior I’ve never, ever seen before. I was stunned,” McDonald said.

“So the end result of this: what appears to me is a country which is using its own citizens as a de facto police force, very similar to communist China, that has a social point system in place where neighbor informs on neighbor, family informs on family,” he said. “This has a terribly damaging effect on our society.”

And things could even get worse, McDonald warned:

“We need a people who believe in and cherish freedom as a virtue, rather than fear. Never before in the history of this country has fear been enshrined as a virtue. If it stays this way and we don’t address it and redress it, we are lost.”