Governments in 30 countries manipulated information on social media in an effort to advance their agendas and suppress dissent, a U.S.-based rights group said in its annual report on Internet freedom.

“Paid commentators, trolls, bots, false news sites, and propaganda outlets were among the techniques used by leaders to inflate their popular support and essentially endorse themselves,” Freedom House said in its report, which was released on Nov. 14. 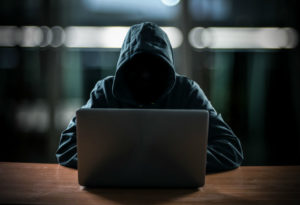 China was the worst offender among the 65 nations assessed, followed by Ethiopia and Syria.

“The use of paid commentators and political bots to spread government propaganda was pioneered by China and Russia but has now gone global,” Freedom House President Michael J. Abramowitz said in a statement in the group’s 44-page report.

“The effects of these rapidly spreading techniques on democracy and civic activism are potentially devastating,” he added.

Online manipulation and disinformation tactics played an “important role” in elections in at least 18 countries in the past year, the report said.

The report said less than one-quarter of Internet users in the 65 countries assessed have access to the web that can be considered “free,” meaning there are no major obstacles to access, onerous restrictions on content, or serious violations of user rights through unchecked surveillance or unjust repercussions for legitimate speech.

Russia, which ranked 15th-worst, saw a decline in Internet freedom bolstered by the “hypocritical link between state propaganda and legal restrictions on the media,” while countries like Belarus, which ranked 18th-worst, disrupted mobile connectivity to prevent live-streamed images from reaching mass audiences, the report said.

“Governments are now using social media to suppress dissent and advance an antidemocratic agenda,” said Sanja Kelly, director of the Freedom on the Net project.

“Not only is this manipulation difficult to detect, it is more difficult to combat than other types of censorship, such as website blocking, because it’s dispersed and because of the sheer number of people and bots deployed to do it. The fabrication of grassroots support for government policies on social media creates a closed loop in which the regime essentially endorses itself, leaving independent groups and ordinary citizens on the outside,” Kelly said.

Iceland, Estonia, and Canada scored the highest in terms of Internet freedom, while the United States placed fifth.

Fake news and the “aggressive trolling” of journalists both during and after the presidential election contributed to a score decline in the United States’ otherwise generally free environment, the report said.