Frau Becker’s Garden — The fruits of socialism are weeds

My family and I moved to Vienna five years ago for business reasons and so our younger children would have an opportunity to experience Austrian culture. I, myself had been an exchange student in high school in Hannover, Germany which led to extended periods of study in College and Law School in Bonn, Germany. My wife had more less the same experiences in France and we wanted our children to have those experiences before they left the proverbial nest.

We had previously owned a large manor house in the rural outskirts of Salzburg, Austria and spent enjoyable vacations there for many years, but now we were moving to the urban confines of the Austrian capital Vienna.

One of the things that impressed me was the extensive network of parks and public gardens interspersed everywhere throughout the capital. Prater, best known for its amusement park and iconic Ferris wheel was actually bestowed by the emperor in 1766 to the people as a forest and garden preserve which to this day encompasses thousands of acres of old growth forest, hiking trails, horse stables and every type of recreation imaginable (including a U.S. baseball field). The park’s entrance is right in the city at the intersection of the city’s largest transportation hub and begins with the amusement park, but literally in minutes you can be hiking on secluded nature paths seeing migratory birds feeding in wetlands, without an auto anywhere to be found. This is just one of the reasons Vienna was named the number one city in the world to live in three of the last four years (Zürich being the other top finisher).

These parks and gardens aren’t just large and city-run but had historically extended to every little unused patch of dirt anywhere in the city. Going back to the war days and its aftermath, it was critical that nothing go un-wasted and little flower and vegetable gardens abounded.

One of these still remaining urban vegetable gardens was operated for many many years (nobody seems to know exactly how long) by an elderly woman named Frau Becker. She could be seen nearly every day from early March til late November tending to a small patch of earth in a narrow alley way between two high rise apartment buildings. Not only were there an endless list of vegetables that she grew there (many which she gave away to her neighbors) but the perimeter had beautiful flowers that always made it pleasant to walk past.

Two years ago the local community “Socialist party” organization decided that this garden was not “democratic.” After all it didn’t technically belong to Frau Becker and she had no right to control what was done on the space. It was a fair point after all; Frau Becker didn’t “own” the land. Apparently, others wanted to be involved in what was grown there and how the harvest was allocated.

The following year, Frau Becker could still be seen out in the garden. Sometimes by herself and other times with various neighbors working side by side in the garden with her. When late Summer and Fall came around, dozens of community “activists” descended on the garden and insisted that the community should be able to “share” in the vegetables that were produced there. The fundamental issue as to whether anyone had done any work to contribute to the garden’s success, was simply ignored. This was THEIR space and THEY would decide.

I left Vienna this past March and returned to the United States as the covid pandemic closed schools here and eventually international borders. I returned to Vienna at the end of August in what would normally be some of the busiest times at the little garden as tomatoes, beans, broccoli, cabbage and squash became ready for harvest.

Instead, I found no Frau Becker…no vegetables, no flowers and only six-foot high weeds growing in what had been Frau Becker’s pride and joy for many many years. It was all simply GONE.

The community organizers had won. Socialism had won. But at what cost? The iconic and even somewhat legendary little old woman, the symbol of the community was gone. I doubt she’s coming back, covid or no covid. There will be no produce to pass out this year. Socialism had destroyed the garden and I suspect the community organizers are now off planning their next social warrior campaign. That they ruined an old woman’s life and made our little alleyway less beautiful doesn’t matter. The alleyway “belonged to all of us” claimed the socialists and now “all of us” get to enjoy looking at an unkempt weed patch with new graffiti sprayed on the adjacent buildings.

That’s the problem with socialism, Marxism or communism. They all start with the world view that everyone should be treated “equally and fairly”. But equality and fairness of what? The weed patch?

We could go on and on about these failed political and economic systems, but the simple truth is they don’t work. The Soviet Union tried to make people think it could work for seventy years until of course it collapsed literally overnight. The Chinese system couldn’t be further from Communism. It’s a dictatorship that actually encourages capitalism while it uses the power of the State to decide who gets to become wealthy in their system and who remains in poverty.

The U.S. system is sadly and rapidly moving towards this type of community socialism. Medicare for all, free education, and free monthly government paychecks for everyone without any explanation of where the money to pay for it will come. Ultimately, massively higher taxes, and devaluation of our currency will take place as we continuously print money out of thin air.

Everyone feels entitled to Frau Becker’s vegetables. The far-left community organizers like Bernie, AOC, Elizabeth Warren, Nancy Pelosi and the top of the Democratic ticket tell us constantly its our birthright. Everything is our right and it’s all FREE! But whose going to plant the seeds, water the plants and pull out the weeds? Nobody wants to answer that question and if they do, they promise only the “rich” will pay for it. Not you, not me, somebody else will do it and somebody else will pay.

But like Margaret Thatcher famously said, “the problem with socialism is that eventually the government runs out of other people’s money to give away”. What happens as Ann Rand opined the producing class simply decide to up and leave?

We’ve seen first hand in Venezuela, the country with the MOST proven oil reserves in the world (more than even Saudi Arabia), what happens when you strangle people with taxes, regulations and money printing in the name of “Democratic Socialism”.

But in one generation we’ve seen Venezuela go from one of the richest countries in Latin America to among its poorest. Crumbling infrastructure, widespread corruption, mass money and people exodus and the remaining people literally starving in the streets. Think it can’t happen in America?

When the majority of Americans attempt to use “democracy” to expropriate Frau Becker’s produce without doing any work to earn it or to pay for it, (Something that the French philosopher Voltaire contemplated 250 years ago would be the end of America), a Venezuelan “outcome” isn’t far behind.

The Boy Scouts like to say, “hope for the best and plan for the worst”. I’d like to think of myself as an optimist and I truly look for the best in others. I hope the U.S. political system can reform itself and build “the shining city on the hill” that Ronald Reagan always liked to reference.

But what if it doesn’t?

You owe it to yourself, your family and your future to begin building your own personal global wealth fortress today. Don’t put all of your proverbial “eggs” in one basket and then park that basket in your front yard so anyone and everyone can come by, see it and take whatever they want. That’s how most folks live their lives.

I promise you if Frau Becker owned her own garden there would have been a ten-foot wall and a “no trespassing” sign out front with maybe a German Shepard guard dog at the gate as well. But alas, she didn’t, and it really didn’t take much for the community activists in conjunction with the masses to come in and tear it all down.

Joel Nagel was a Fulbright Scholar and is the owner of Nagel & Associates, International Business Lawyers in Pittsburgh.

Frau Becker’s Garden — The fruits of socialism are weeds, WorldTribune.com 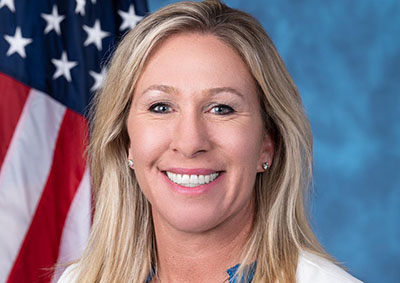