Fracking on the move in California; Did not cause quake, CalTech seismologist states

Dr. Egill Hauksson, a seismologist at CalTech, said unequivocally that fracking had nothing to do with the magnitude 7.1 earthquake that struck on July 5.

During a press conference on July 6, a reporter asked Hauksson, “Could fracking in Kern County have anything to do with these earthquakes?” 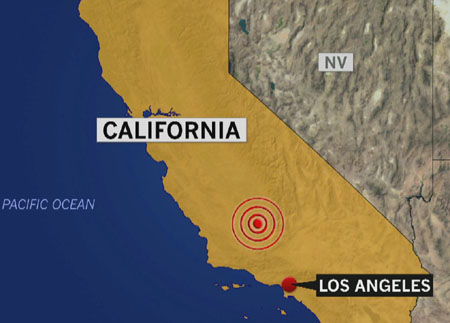 Hauksson replied: “I think that’s — no. I think I can answer that — no. I don’t have to put a qualifier on that.”

The seismologist said “There is a geothermal area at the very north end….That’s the coastal geothermal area where there’s a — very large energy production going on where they pump water into the ground to harness heat from the rock. But if they had had something to do with this, we would have expected the activity to maybe start much closer to the geothermal area and then emanate from there.”

Hauksson went to say: “But again, the reason we have a geothermal field there is in part due to the active tectonics. It’s due to the ongoing geological deformation. So in that particular area the crust is being thinned and pulled apart so heat can easily rise from the interior of the earth, and we are able to harness that for electricity production.”

The Trump administration moved forward in May with a plan to open up federal land in California’s Central Valley and Central Coast to more oil and gas drilling, including fracking.

The agency said in a press release that the plan could result in up to 37 new oil and gas wells drilling on new land leases over the next 20 years, primarily in Fresno, Monterey and San Benito counties. BLM estimates that the oil and gas industry directly supports 3,000 jobs and $623 million in tax revenue within those counties.

Fracking is currently primarily used in California to enhance oil production in the San Joaquin Valley, home to some of the largest producing oil fields in the United States.

“We’re pleased that after five years, the process worked and the federal government has reaffirmed that hydraulic fracturing is a safe method of production in California,” said spokesperson Kara Greene in May of this year. “We look forward to being part of the discussions to ensure we continue to safely produce affordable reliable energy to California consumers while meeting the policy needs of the state.”

Bureau of Land Management, CalTech seismologist states, Egill Hauksson, Fracking on the move in California: Did not cause quake, WorldTribune.com