The evidence Whitaker was referring to, obtained by Republican Sens. Chuck Grassley of Iowa and Ron Johnson of Wisconsin, includes more than 200 pages of bank records related to Hunter Biden and the Biden family’s alleged “connections to the Chinese regime and persons connected to its military and intelligence elements.”

“It’s very damaging. If you think about how you build an investigation, you build it brick by brick. And this revelation that somebody that close to the family, that worked every day with Hunter Biden, had access to most of the information or the various companies, I think is a significant step,” Whitaker told “Fox & Friends” on Thursday.

“There is no doubt that Hunter Biden was part of a Chinese intelligence mission that was trying to gather as much information as possible about Joe Biden, Hunter Biden and the entire Biden family. And what Ron Johnson and my home state Senator Chuck Grassley have found and now provided to the U.S. attorney in Delaware is just shocking, how much money was being given to the Biden family,” Whitaker said.

The more than 200 pages of records detailing Hunter Biden’s business dealings come from Cathay Bank, the oldest operating bank in the U.S. founded by Chinese Americans.

The records reveal transactions between Hunter Biden-linked business entities and Chinese energy firm CEFC, which reportedly had ties to the Chinese Communist Party.

In a letter Grassley and Johnson wrote to U.S. Attorney for Delaware David Weiss, which was obtained by Fox News, the GOP senators notified Weiss of the hundreds of pages of records, and slammed him and the Department of Justice for ignoring their attempts to ensure that the criminal investigation into Hunter Biden is “thorough and free from political interference.”

“Today, in light of your and DOJ’s failure to respond to our legitimate congressional oversight requests and as part of our ongoing congressional investigation, we are transmitting to you over two hundred pages of records relating to the Biden family’s connections to the Chinese regime and persons connected to its military and intelligence elements,” the senators wrote. 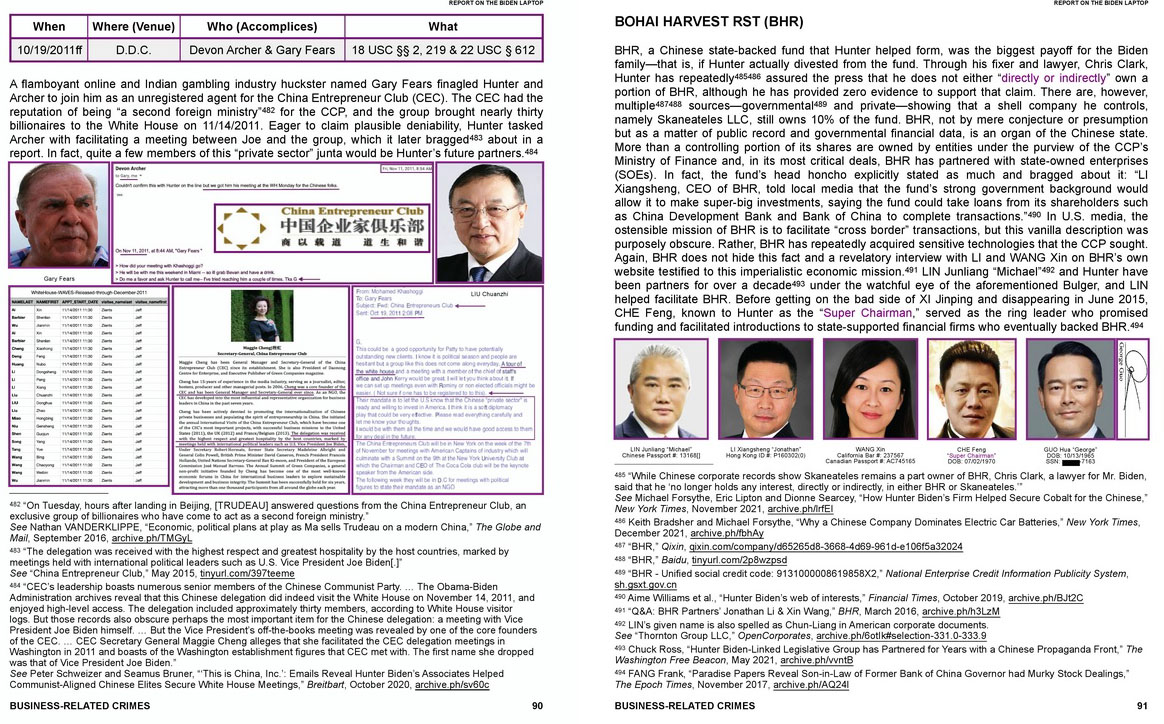 (The Marco Polo pages above can also be viewed here)

Former Acting AG Whitaker: ‘No doubt’ that Bidens were targeted by Chinese intelligence mission added by Editor Two on October 27, 2022
View all posts by Editor Two →