Yesterday it was the Russians who were charged with fixing the election in Donald Trump’s favor. Today it is “fake news” that is being blamed for the outcome.

But the main thing is Dec. 19 for that subset of society that cannot abide a major political defeat on the scale of that by Hillary Clinton on Nov. 8. 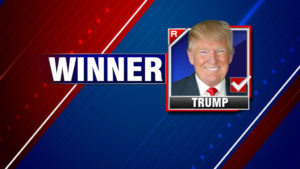 With 24 days left until the Electoral College certifies Donald Trump the winner, bitter Hillary Clinton partisans are still refusing to accept defeat and are looking for any way possible to reverse the will of the American voters.

They are urging members of the Electoral College to refuse to cast their vote for Trump on Dec. 19 and continue to ask for recounts in swing states such as Michigan and Wisconsin.

About a half-dozen “presidential electors, mostly former Bernie Sanders supporters who hail from Washington state and Colorado, are now lobbying their Republican counterparts in other states to reject their oaths — and in some cases, state law — to vote against Trump when the Electoral College meets on Dec. 19,” Politico reported on Nov. 22.

They would have to persuade 37 electors to reject Trump, which is seen as highly unlikely.

“But the Democratic electors are convinced that even in defeat, their efforts would erode confidence in the Electoral College and fuel efforts to eliminate it, ending the body’s 228-year run as the only official constitutional process for electing the president,” the Politico report said. “With that goal in mind, the group is also contemplating encouraging Democratic electors to oppose Hillary Clinton and partner with Republicans in support of a consensus pick like Mitt Romney or John Kasich.”

The six Democrats prepared to be “faithless electors” would be the most to defect from their party’s presidential candidate since 1872, when Democratic nominee Horace Greeley died before electors cast their votes. The last time that many electors rejected a living presidential candidate was 1808, when six electors from the Democratic-Republican Party refused to support James Madison.

It would require a constitutional amendment to repeal the Electoral College. Sen. Barbara Boxer, California Democrat, proposed one last week, but it is unlikely to advance in a Republican-controlled Congress.

Meanwhile, Clinton campaign chairman John Podesta spoke with election lawyers and computer scientists who urged him to ask for recounts in Wisconsin, Pennsylvania and Michigan because they alleged the electronic voting booths used in those states could have been hacked (by the Russians, no doubt), according to a report in New York magazine.

The lawyers and scientists offered no evidence to support their allegations.

The tweet referenced Green Party candidate Jill Stein’s effort to fund a recount in the battleground state of Wisconsin.

Democrats continue to cite Clinton’s lead in the popular vote, which has surpassed 2 million votes, according to reports. Clinton won California alone by 3.7 million votes.

Clinton herself said during the campaign that “one of our hallmarks has always been that we accept the outcomes of our election.”

President Barack Obama said “there is no serious person out there who would suggest that you could even rig America’s elections, in part because they are so decentralized. There is no evidence that that has happened in the past, or that there are instances that could happen this time.”