Forced flu shots in Massachusetts and Uighurs in China: A world of difference?

Massachusetts and China may be far apart geographically, but, medically speaking the U.S. state “is not so far removed” from the communist nation, a columnist noted.

Health authorities in Massachusetts have ordered all students, age 6 months through college years, to take the flu shot as a condition to returning to school this year. 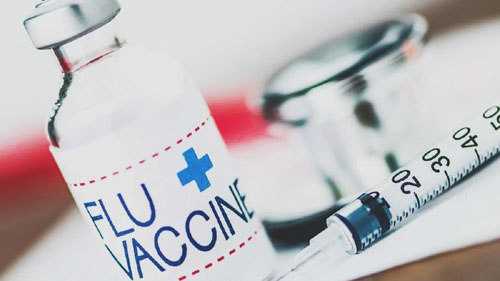 The move is “a forced medical mandate that bypasses parental rights and free choice and even, some might say, constitutional limits on government,” Cheryl K. Chumley wrote for The Washington Times on Sept. 1.

Meanwhile, in China, The Associated Press reported: “When police arrested the middle-age Uighur woman at the height of China’s coronavirus outbreak … she was forced to drink a medicine that made her feel weak and nauseous, guards watching as she gulped.”

Chumley noted: “You decide. But a caution flag is nonetheless in order.”

• The AP report said: “The government in China’s far northwest Xinjiang region is resorting to draconian measures to combat the coronavirus.”

• The Massachusetts Department of Public Health wrote, explaining the new mandate: “The new vaccine requirement is an important step to reduce flu-relation illness and the overall impact of respiratory illness during the COVID-19 pandemic.”

The common theme, Chumley wrote: “COVID-19 is dangerous, and the government knows best how to handle the situation. That’s part and parcel of communist life; China’s residents have been accustomed to top-down heavy-handed dictates from their dear leaders. It’s how that nation governs. But America is supposed to be different.”

Massachusetts, Chumley noted, “was once upon a time the crown of liberty glory — the state that gave birth to the likes of the original tea party, the Sons of Liberty, the right to religious worship absent government controls.”

“[Massachusetts authorities] are forcing us to inject something into our child that we don’t agree with,” said Mike Megan, one of hundreds of parents who stormed Boston to protest the state’s mandated flu vaccine, WBZ-TV reported. “I just think we should be able to choose what goes in my son’s body. We can say ‘yes’ or ‘no,’ and the government shouldn’t say it for us.”

Chumley noted: “Massachusetts, after all, isn’t China. Neither is America.

“And all Americans need to be on their toes to make sure long-cherished individual freedoms aren’t trounced and trampled in the name of medicine. COVID-19 isn’t so devastating that it gives U.S. governing authorities the right to behave like Chinese communists. Not even a little.”