Ads which discourage people from getting vaccines will be banned by Facebook, the social media giant said on Tuesday. 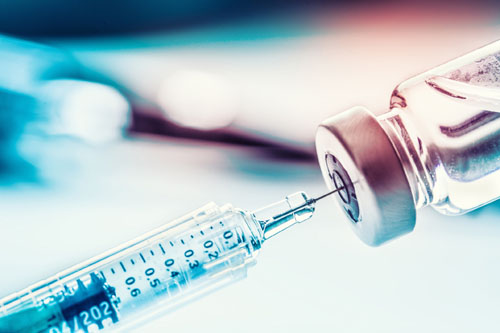 In September, Facebook said it would stop recommending health-related Facebook groups, saying it was crucial that people get health information from “authoritative sources.”

Critics say those “authoritative sources” are chosen to fit a narrative of fear and lockdowns and have little to do with science.

Facebook has even blocked efforts to organize protests against covid lockdowns.

Some observers pointed to the irony of Facebook banning anti-vaccine ads while also banning anti-lockdown protest organizers. Many medical professionals, including the CDC itself, have said that the strict coronavirus lockdowns have instilled so much fear in parents that millions of them are not getting their children routine vaccinations.

Big Tech and leftist media call it “combating misinformation,” but others say it is a power grab for information control akin to the propaganda campaigns preferred by communist China.

“The Wuhan virus has presented the left-leaning Big Tech companies yet another opportunity to burnish their reputations for censorship of conservatives and independent thinkers,” the National Legal and Policy Center noted.

Leftist lawmakers and public health groups have put enormous pressure on Facebook to crack down on anti-vaccine content.

Ads advocating for or against legislation or government policies around vaccines, including a coronavirus vaccine, will still be allowed, Facebook said.

“I don’t plan on being anyone’s guinea pig. I don’t plan on getting it at all,” the USA Today report cited Ebony Dew, an independent from Maryland, as saying.

Under Facebook’s new rules, if Ebony Dew’s opinion was featured in an ad on vaccines, it would be banned.

Facebook said it will also start directing U.S. users to information about the flu vaccine and how to get it, according to the company’s Head of Health Kang-Xing Jin and Director of Product Management Rob Leathern.

Facebook is working with public health partners including the World Health Organization and UNICEF on messaging campaigns to increase immunization rates, the blog post said.

As for a covid vaccine, “politics and distrust could undermine it,” Washington Examiner columnist Kaylee McGhee noted last month.

“Some believe Bill Gates is trying to insert a microchip tracker into vaccine recipients. Others fear that the government could use the vaccine to punish individuals who do not want it. And more mainstream Democrats argue that President Trump is rushing an unsafe vaccine to market as an October surprise,” McGhee wrote.

“You might think that the costs of the pandemic and its lockdowns would make the public eager to accept a vaccine. So, why aren’t they?” McGhee asked.

“Testing has been inefficient and sometimes incorrect. And many hospitals are disputing the total coronavirus death numbers that state health agencies are reporting,” McGhee noted.

“And given the speed with which private companies and public health agencies are developing this vaccine, some health experts (including Dr. Anthony Fauci) have also raised concerns about the vaccine’s safety if it were to be rushed through the proper tests.”