‘Floundering in a sea of ignorance’: Many experts, little knowledge about coronavirus

Breathless media updates and dire “expert” projections of deaths from Coronavirus are overwhelming, unnerving and frequently revised. The absence of reliable stats may be the real story.

The numbers of coronavirus cases being reported by health organizations don’t hold significant big picture value since only a small number of Americans have been tested, a Stanford University professor of epidemiology said. 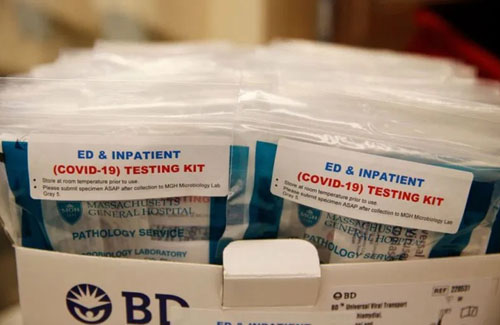 “The numbers are almost meaningless,” Steve Goodman told Bloomberg. “There’s a huge reservoir of people who have mild cases, and would not likely seek testing. The rate of increase in positive results reflect a mixed-up combination of increased testing rates and spread of the virus.”

Goodman said that he’s confident scientists will eventually collect the data needed to understand the pandemic, but added “Right now we are floundering in a sea of ignorance about who is infected and the fate of people who are infected.”

U.S. health officials need specific data on how many people are likely to die, which hospitals are likely to be swamped and whether drastic changes in the way Americans live will start to slow down the spread of the Wuhan virus, Goodman said.

Jacob Steinhardt, an assistant professor from UC Berkeley, and Steve Yadlowsky, a graduate student at Stanford who specializes in analyzing health care data, say the rate of increase in hospitalizations could reflect the growth of the virus without being distorted by changes in the testing rate.

Steinhardt and Yadlowsky estimate that it takes between 11 and 14 days for someone to get sick enough to show up at the hospital. Rates of increase in coronavirus patients admitted to the ICU can provide additional useful data, they say.

Goodman said he’s skeptical that anyone knows the death rate of the disease since the true rates of infection are not known.

“There’s this delusion being disseminated that it’s all about age,” Goodman said, adding he believes that since 95 percent of deaths to date in New York City were of people who had pre-existing conditions, this is the bigger risk factor. But since age is a risk factor for many of those conditions, the two are correlated.

Goodman said he could figure it out if he could get data on pre-existing conditions broken down by age, but says the New York health department won’t release that data. It matters a lot, he says, since policies are being shaped around who is most vulnerable.

Doctors Farzad Mostashari and Ezekiel Emanuel pointed out last week in STATnews that health departments should not just be counting positives but total tests. Testing sites should be recording demographic and symptom information on all the test takers, Mostashari and Emanuel said.

Meanwhile, China’s officially reported number of 80,000 cases look like a rounding error, says Nigam Shah, an assistant professor of biomedical statistics at Stanford. And India’s claim of some 754 cases probably reflects a severe lack of tests — not that the disease there is still so rare. The positive tests say little about how many people are dying or will die, since most cases are mild.