The Women’s Liberation Front (WoLF), a group of “radical feminists”, has filed a lawsuit aimed at blocking the Obama administration’s guidelines on transgender people’s use of public bathrooms. 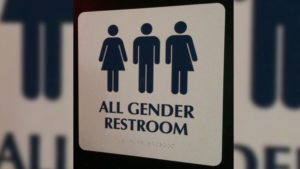 The suit, filed in U.S. District Court in Albuquerque on Aug. 18, says that two WoLF’s New Mexico members, identified in the court documents as “AB and AB’s mother” have a “well-founded fear” they will have to “share such facilities with people who are biologically male” and that puts them at “imminent, traceable” risk.

“The reinterpretation of ‘sex’ to include ‘gender identity’ also means that girls’ bathrooms and locker rooms must be opened up to any male who ‘identifies’ as female,” the feminist group says on its website.

In the suit, the group says of its member that “as a female, she is more vulnerable to assault or rape (including impregnation) when she is in isolated or closed areas with men.”

WoLF spokeswoman and board member Kara Dansky told the Albuquerque Journal that there are “many, many” news reports of women being assaulted in bathrooms by men dressed as women.

“First and foremost, we think the whole concept of gender identity is problematic and has not been sufficiently studied to justify the legal protection,” Dansky said. “We know that biological sex is grounded in science.”

Transrights activist Adrien Lawyer shrugged off those incidents as cases of “sexual predators behaving as sexual predators” not “people who truly identify as transgender women.” Lawyer added there have been no reports of transgender students assaulting peers in school bathrooms.