More than 4 million firearm background checks were initiated in January, a record for one month, according to FBI data.

“That’s undoubtedly connected to President Joe Biden’s plans to attack the firearm industry by undoing and rewriting regulations and executive actions to target the firearm industry,” Mark Olivia, director of public affairs at the National Shooting Sports Foundation, said in a statement. 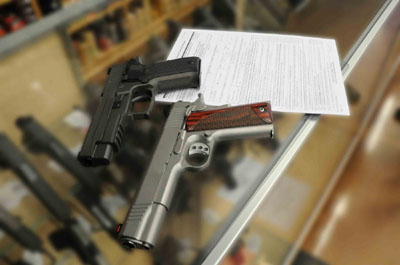 “These are jaw-dropping figures to start the New Year. Americans are claiming their Second Amendment rights to provide for their own safety in record numbers,” Olivia said.

Joe Biden’s team has moved quickly in its assault on the Second Amendment by freezing the publication of the Office of the Comptroller of the Currency’s “Fair Access” banking rule; vowing to try and repeal the Protection of Lawful Commerce in Arms Act to tighten restrictions on gun licenses; and pledging to ban AR-15 style rifles.

According to the FBI’s National Instant Criminal Background Check (NCIS) data, 4.3 million firearm background checks were initiated in January. That’s the highest number on record, and up over 300,000 in comparison to December 2020. Three of the top 10 highest weeks are now from January 2021.

The Second Amendment Foundation (SAF) released a statement in January saying that Biden is launching an attack on every gun owner in the nation.

“Joe Biden has labored relentlessly for decades to reduce the Second Amendment to rubble,” the SAF said, adding that “his goal is to crush the rights of every gun owner in our country.”

SAF Founder and Executive Vice President Alan Gottlieb noted that Biden “spent 47 years on Capitol Hill trying to turn the right to keep and bear arms into a regulated privilege. Now that he’s headed to the White House he thinks he will be able to complete his mission. We’re working to swell the ranks of our 2nd Amendment First Responder project to stop him.”

During the 2020 campaign, Biden vowed to enact taxes on rifles and “high capacity” magazines and advocated for universal background checks, a national buyback or surrender of firearms and removing liability protection for gun manufacturers.

Enemies of the Second Amendment are pressing the Biden team hard to implement more restrictions on owning firearms.

“As the country reels from multiple crises, the gun industry has cashed in with record sales that have made Americans less safe,” Nick Suplina, managing director of law and policy for Everytown for Gun Safety, said in a statement.

“Without swift changes in policy, our already devastating gun violence epidemic could get even deadlier. The good news, though, is that we finally have leaders in the White House and in both chambers of Congress who recognize that this crisis demands action,” Suplina said.