FBI lawyer Lisa Page, after defying a congressional subpoena on July 11, has agreed to testify before lawmakers on Capitol Hill on July 13. 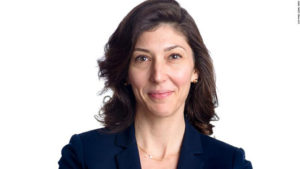 Lawmakers want to question Page about anti-Trump texts she exchanged with FBI agent Peter Strzok, with whom she was having an affair.

“Late last night through her attorney, Lisa Page did agree to appear for a private interview on Friday voluntarily,” Goodlatte said during a July 12 interview with Fox Business.

Goodlatte on July 11 said that Republicans were forced to call in U.S. Marshals to serve Page with a subpoena to testify before Congress.

Goodlatte told Fox News that Page’s attorney initially agreed to accept service of the subpoena for Page, but “then turned around and immediately tried to reject it. So that’s why we sent the marshals to her house, to serve the subpoena. They had to go back three times before they were finally able to reach her.”

Page’s attorney, Amy Jeffress, told Fox News that Page would not appear on Capitol Hill on July 11 because they did not have enough time to prepare.

President Donald Trump tweeted on July 11: “Ex-FBI LAWYER Lisa Page today defied a House of Representatives issued Subpoena to testify before Congress! Wow, but is anybody really surprised! Together with her lover, FBI Agent Peter Strzok, she worked on the Rigged Witch Hunt, perhaps the most tainted and corrupt case EVER!”

“We were deeply troubled by text messages exchanged between Strzok and Page that potentially indicated or created the appearance that investigative decisions were impacted by bias or improper considerations,” the report states.