Despite being warned that what they were doing was unconstitutional, FBI operatives in 2020 searched without a court order through troves of communications gathered by the National Security Agency for information on alleged “racially motivated violent extremists,” a report shows.

The FBI’s pursuit of what the Left describes as the “enemy within” was revealed in a newly declassified, and heavily-redacted, Foreign Intelligence Surveillance Act (FISA) court report. 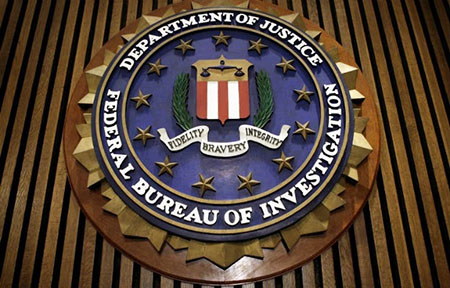 It is unclear from the FISA report whether the FBI uncovered any criminal extremist behavior or made any arrests resulting from the searches.

The searches were conducted without a warrant during an election year that was unparalleled in partisan intensity.

What is also unclear is just how many Americans had their personal data viewed by the FBI in its search for “racially motivated” extremists.

The FISA report “shows the FBI has continued to perform warrantless searches through the NSA’s most sensitive databases for routine criminal investigations, despite being told by a federal judge in 2018 and 2019 that such a use was an unconstitutional breach of privacy,” the Daily Mail reported.

The FBI would not reveal what it did with seized data that turned out to be harmless or irrelevant to its search, or whether its access to the NSA’s electronic dragnet led to any arrests or convictions.

In 2019, a federal court ruled the U.S. government can collect information about its citizens without obtaining a warrant if the information is gathered inadvertently while legally carrying out surveillance of non-nationals abroad, such as what the NSA does routinely.

While incidental collection of Americans’ data is allowed, sifting through databases of stored NSA information could violate the Constitution’s Fourth Amendment protections against unreasonable searches and seizures, analysts say.

“The FISA courts have been cracking down on how the FBI can access the data of Americans who are caught in these sweeps,” the Daily Mail noted.

The FBI has on a number of occasions been criticized by federal judges over its use of the NSA’s vast electronic sweep of emails, texts and other electronic data.

In October 2019, the bureau was found to have performed tens of thousands of illegal searches on Americans.

In December 2019, Rosemary Collyer, the presiding judge over the U.S. Foreign Intelligence Surveillance Court, called out the FBI for repeatedly submitting applications to wiretap former Trump campaign adviser Carter Page that were riddled with errors and omissions, and ordered the government to inform the court on how it plans to reform the process.

And yet, it remains unclear if the FBI has ever faced any actual legal repercussions for the repeated breaches, analysts say.