FBI: Highest ever background checks on gun purchases in June

The FBI last month conducted 3,931,607 firearms background checks, the highest-ever number for the month of June. 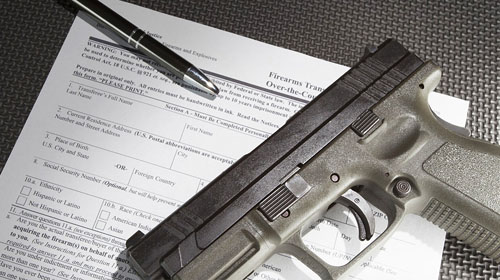 The number of background checks marked a 70 percent increase over June 2019. Industry analysts believe more guns will be sold in 2020 than ever in American history.

Justin Anderson, the marketing director for Hyatt Guns of Charlotte, North Carolina, one of the biggest sellers in the nation, told the Washington Examiner:

“I’ve been in this business going on 14 years, and I have never seen this much demand. There are shortages of nearly every single defensive firearm currently manufactured. Shotguns, handguns, tactical rifles, and especially ammunition are in short supply everywhere. Our buyer is working seven days a week trying to keep our store stocked. Large shipments are arriving in the morning and are selling out the same day. Our concealed carry classes are filling up so fast that we are adding dates to try to keep up with demand.”

So far this year, the FBI’s National Instant Criminal Background Check System said it has conducted 19,180,047 background checks, more than in all of the first 14 years of the system, which started in 1998.

The trade group Small Arms Analytics & Forecasting told the Examiner that, base on their data, gun sales skyrocketed 145 percent in June. They estimated sales at 2.4 million, though that doesn’t include person-to-person sales which in many states do not require background checks.

“Sales began to surge this year because of the upcoming 2020 presidential election and the possibility that gun control advocate Joe Biden would win,” Washington Examiner columnist Paul Bedard noted. “It sparked again when Virginia surprisingly put limits on guns in a model other states started to eye.”

Bedard added: “Sales really jumped when the coronavirus hit and apparently exploded after the looting and riots following George Floyd’s death in Minneapolis police custody. Surprisingly, the jump came during a month when some states had closed gun stores due to the coronavirus.”