Fairfax County Public Schools announced last week it was returning what parents described as two sexually explicit books to its libraries. The school district had removed the books in September after parents spoke out about explicit sexual content and references to pedophilia. 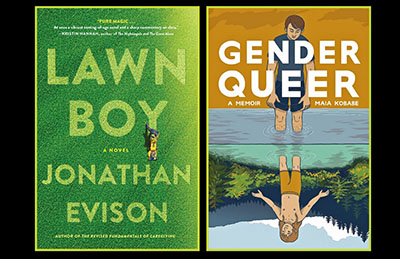 The books are “Gender Queer: A Memoir” by Maia Kobabe and “Lawn Boy” by Jonathan Evison.

The school district cited its “ongoing commitment to provide diverse reading materials that reflect our student population, allowing every child an opportunity to see themselves reflected in literary characters. Both reviews concluded that the books were valuable in their potential to reach marginalized youth who may struggle to find relatable literary characters that reflect their personal journeys.”

Lawn Boy has also been criticized by parents in the Austin, Texas area.

“Who normalizes sex acts between fourth graders? Pedophiles,” said Brandi Burkman during the public comment portion of a school board meeting in September, according to a report by CBS News.

“Earlier this fall, Independent Women’s Voice wanted parents to be aware of what’s in their kids’ libraries with an ad entitled ‘Toxic Schools,’ featuring content from ‘Gender Queer: A Memoir.’ The advertisement we made to show adults the images and words from the book was considered too obscene for a late night TV audience, too explicit for Facebook, and too raw for text message marketing. Why is FCPS so committed to making this content available to my 14-year-old and her adolescent peers?

“The Left and much of the media has tried to make anyone who raises concerns out to be book burners who want to prevent kids from reading Toni Morrison books. That’s simply wrong. We are talking about pornography. I urge everyone to take a look at these books that FCPS just approved. Look at the cartoon images. Would you show that to your 14-year-old? The overwhelming majority of parents are going to say absolutely not. This decision is further evidence that the leadership of FCPS is simply out of touch with the parents and communities they are supposed to serve. Families deserve better.”