A WorldTribune.com article on Rep. Alexandria Ocasio-Cortez’s exchange with an FBI official on domestic terrorism resulted in a warning from Facebook. 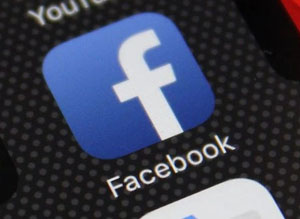 In the article, Ocasio-Cortez is cited as using the 2018 Tree of Life synagogue shooting and the 2015 murders of nine African Americans at a South Carolina church as examples of white perpetrators “getting off the hook” by being charged only with a hate crime and not “domestic terrorism.”

FBI Assistant Director for Counterterrorism Michael McGarrity explains that a “charge” of domestic violence does not exist.

[Editors’ note: Was the warning generated by an “algorithm” or a human resource at Facebook? We are requesting an on the record response from Facebook, whether human or robot. However WorldTribune protects its sources when they request confidentiality.]

In a June 5 tweet, Ocasio-Cortez called the hearing “wild” and claimed that her team had followed up on the information McGarrity gave her, but insists that she still wasn’t wrong:

“This hearing was wild. First the FBI witness tried to say I was wrong. I tried to be generous + give benefit of doubt, but then we checked. I wasn’t. Violence by Muslims is routinely treated as ‘terrorism,’ White Supremacist violence isn’t. Neo-Nazis are getting off the hook.”