Facebook has “reduced distribution” and imposed other “restrictions” on WorldTribune.com, saying a coronavirus-related article reviewed by an “independent fact-checker” contained “false content.” 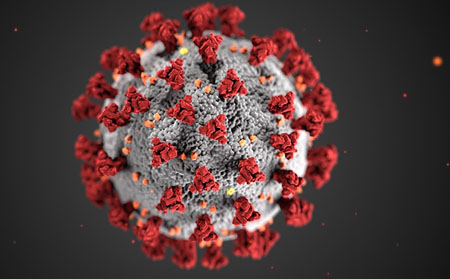 The Feb. 10 article, headlined “Report: CDC illegally inflated covid mortality numbers by 1,600 percent,” cites a Feb. 1 report by National File which included details from a peer-reviewed October 2020 report by the Institute for Pure and Applied Knowledge.

“The CDC illegally inflated the covid fatality numbers,” the report noted, citing a study published by the Public Health Initiative of the Institute for Pure and Applied Knowledge.

Facebook also said it was limiting the sharing of WorldTribune articles due to unspecified “fact-check” objections to another article:

“Independent of the alleged ‘false content’ tagged by Facebook’s ‘fact checkers’, we have noted a dramatic suppression of shares and reach of WorldTribune.com content after Labor Day 2020. This would appear to be a deliberate effort to throttle freedom of the American press in an election year,” said Robert Morton, senior editor at WorldTribune.com.

“Google is also sending almost daily violation alerts on articles at odds with their rigidly-enforced covid narrative,” Morton said. A recent example was an opinion column from a UN correspondent: ‘WHO’s back, chortles Dr. Fauci? But WHY?‘ that was labeled “dangerous” but with no explanation.

The National File report about the CDC can be viewed here.

The Institute for Pure and Applied Knowledge study can be viewed here.

Others who have not strictly followed Facebook’s narrative on the coronavirus have also run afoul of its heavy hand.

“Quite literally a doctor gave his opinion about COVID-19, which I shared, and Facebook issued a strike on my account because they said only information that they agree with about COVID-19 … was acceptable,” Owens said.

Owens said her Facebook page was demonetized as a result.

“The fact-checkers. .. they are activists for the Left that shut down your speech if they don’t like it,” Owens said.

In April of last year, the New York Post slammed Facebook’s fact-checkers for flagging a Feb. 23, 2020 opinion piece by Steven Mosher saying that China’s story about the origins of covid couldn’t be trusted. Mosher argued that the virus might have jumped to the human population thanks to errors at a Chinese laboratory in Wuhan, rather than via that city’s now-notorious “wet market.”

“The piece was widely read online — until Facebook stepped in,” the New York Post noted. “The social media giant’s ‘fact checkers’ decided this was not a valid opinion. If you tried to share Mosher’s column on Face­book, the social network stuck a ‘False Information’ alert on top, saying that finding was ‘checked by independent fact-checkers’ and preventing your friends from clicking to connect to the original article to see for themselves.”

The Post added: “Again, this was an opinion column, not a news report.”

In the ensuing months, it became clear that U.S. national security officials believed the virus came from the Wuhan lab. Fox News and The Washington Post reported as much.

“As a significant source of news for much of the world’s population, Facebook has a clear responsibility to do better: If it’s going to block ‘false’ information, it needs better fact-checkers — and more people watching over those watchmen,” the New York Post noted. “When your defense against ‘fake news’ all but kills free discussion, your system is worse than no defense at all.”