Facebook took down the page of Warriors for Christ for its stance against gay marriage but ignored death threats against the pastor who oversees the Christian page’s content, reports said.

“The official corporate line is that the page violated the social media giant’s community standards,” columnist Cheryl K. Chumley wrote for The Washington Times. “But the Christ fighters have a few other thoughts – namely, that Facebook is simply showing its pro-LGBT, anti-Christian bias.” 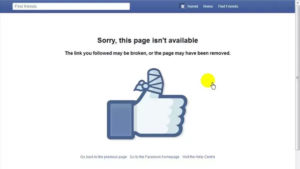 Nellchy Kentley, Warriors for Christ’s Facebook page administrator, wrote in a letter to Pamela Geller: “On 29th December 2017,Facebook shut down our page because of our biblical stance on marriage. Facebook has been after our page for many years and often censored our posts simply because they contained truth articles on statistics, Bible versus and memes that exposed the hypocrisy of the left.”

“They calculated this move and chose to remove the page at 5:00 p.m. EST on Friday December 29, 2017 right before a long holiday weekend,” Kentley wrote, “in the hope that we would be discouraged in contacting any media about this because most businesses are closed for several days. We will not be silenced and will be pursuing legal action with Facebook.”

Facebook reinstated the page, which has some 225,000 followers, after a petition drive.

Pastor Rich Penkoski, who oversees the content for the Warriors for Christ page, said in an interview with the Conservative Firing Line blog that he has received numerous death threats — made via Facebook. Penkoski said Facebook ignored those obvious violations of its policies.

Meanwhile: “Immediately after our interview, Penkoski reached out to us saying that he personally received a 30-day ban over a picture of a warrior angel in armor,” the blog reported.

The image is a figure with wings dressed in armor and wielding a shield and sword.

“Why shut a page dedicated to prayer and promoting biblical principles, yet turn a blind eye to blatant threats? And truly, the threats were ugly,” Chumley asked.

Penkoski started a Change.org petition in the hours after Warriors for Christ was kicked off Facebook that, Chumley noted, “gives a little insight to the culture battle that it’s been waging.”

The petition reads, in part: “Warriors for Christ is a controversial entity who regularly stands in opposition to the lgbt agenda … The lgbt community has been actively trying to shut down the ministry page for well over 6 months. You may remember the lgbt sent fecal matter to the Pastor’s home. They keyed his car, they threatened to put a bullet in his head, they sent gay x-rated material to his home with 6 children.”