In Facebook’s latest purge of right-leaning news ahead of the 2018 midterm elections, the social media giant said in an Oct. 11 blog post it was “removing 559 Pages and 251 accounts that have consistently broken our rules against spam and coordinated inauthentic behavior.”

Among those banned for posting so-called “sensational political content” were Right Wing News, which had some 3.1 million followers, and Nation in Distress, which also had over three million followers. 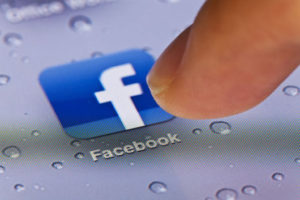 Nathaniel Gleicher, head of Cybersecurity Policy and Oscar Rodriguez, Product Manager, wrote in the Facebook blog: “Given the activity we’ve seen – and its timing ahead of the U.S. midterm elections – we wanted to give some details about the types of behavior that led to this action. Many were using fake accounts or multiple accounts with the same names and posted massive amounts of content across a network of Groups and Pages to drive traffic to their websites. Many used the same techniques to make their content appear more popular on Facebook than it really was. Others were ad farms using Facebook to mislead people into thinking that they were forums for legitimate political debate.”

Columnist Joe Schaeffer pointed out for LibertyNation.com that the latest Facebook purge of conservative content is still not enough for liberals, many of whom are heavily funded by leftist billionaire George Soros.

One such group is Soros-funded Media Matters which in an article by Natalie Martinez said: “Facebook’s takedown removed a plethora of bad actors who have used networks of pages and groups to coordinate and amplify the spread of anti-immigrant and racist content. However, other similar far-right disinformation pages on the platform are still up.”

The article by Martinez listed “several more ‘right-wing’ sites that need to be scrubbed from history by Facebook, without offering any substantial information as to just what these outlets’ alleged crimes may be,” Schaeffer wrote. “Martinez was most saddened, however, that Facebook had yet to take action against what Media Matters considers the most effective practitioners of wrongthink.”

Martinez wrote: “And although this takedown has impacted a number of pages that push false political news and hate speech, it likely won’t affect currently active high-performing right-wing meme pages and networks.”

In the article, Molly McKew, an “information warfare researcher” at the New Media Frontier organization, told Frenkel: “There are now well-developed networks of Americans targeting other Americans with purposefully designed manipulations.”

Schaeffer noted: “What is the New Media Frontier? Basically, it is Molly McKew declaring herself an information warfare expert and The New York Times quoting her as such. Fake news, much? McKew is, in fact, a longtime professional lobbyist who previously worked for the Podesta Group. Exactly what qualifies her to be an expert on information warfare is anybody’s guess, but that didn’t stop the NYT from deceitfully quoting her as such in an article about the dire threat of deceitful news.”

“An unregulated social media giant is attempting to play arbiter of what is and what is not news. Major news organizations and political sabotage groups are working in perfect synchronicity to bolster these actions. The implications should be crystal clear: They are trying to construct a thoroughly controlled media.”