The United States is not yet a banana republic, “but it’ll become one on Trump’s watch if the president doesn’t act to put a stop to the runaway corruption in the Justice Department,” a columnist has warned.

Writing for the American Spectator Scott McKay said the President must quickly navigate a treacherous legal minefield before the now-public and brazen political bias dominates the very U.S. agency charged with impartially enforcing the rule of law. 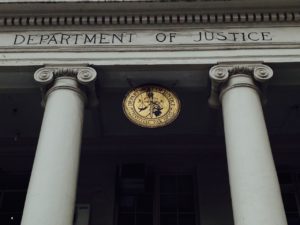 “Here’s how to do that. First, Trump should pardon (Mike) Flynn for the lie he admitted to the FBI, immediately. Only that, though – Flynn shouldn’t get a free pass for other things he’s done, like for example his Turkish escapades which might well bear further investigation,” McKay wrote on Dec. 5.

“Next, Trump should see to it that (FBI agent Peter) Strzok and (Andrew) Weissmann, and a number of others on Mueller’s team who are clearly compromised – they’d be disqualified as jurors on any case involving the president as having conflicts, much less as investigators – are fired. Not tomorrow. Today. This minute.”

An analysis by Bloomberg Businessweek on Dec. 7 said that Mueller had, by forcing a plea deal with former Lt. Gen. Michael Flynn, bought legal insurance “against being fired by the president — and helped ensure that his probe will continue, even if one day he’s not leading it.”

The president should also notify special counsel Robert Mueller that “he has until Christmas to bring an indictment against someone for collusion with the Russians, or else he’s fired and his probe gets disbanded,” McKay wrote.

“This investigation can’t be open-ended, and it also can’t be allowed to be a perpetual motion impeachment machine – not because it’s bad for Trump, but because it is poisonous to American democracy that this witch hunt might go on while the same people involved in it were actively at work exonerating Hillary Clinton.”

Trump should also fire assistant Attorney General Rod Rosenstein and assistant FBI director Andrew McCabe, “both of whom are hopelessly compromised as well, and conduct a top-down review of FBI and DOJ personnel to rid those agencies of the partisan political corruption that clearly pervades them,” McKay wrote.

“There can now be no mistake about the legitimacy of the Deep State coup against Trump his supporters have claimed. It’s real,” McKay wrote.

“The question now is what the president is going to do about it. The Democrats will use the 2018 midterm elections as a public referendum on whether they’re to be given the political power to impeach the president, and Mueller’s probe is nothing more than an effort to legitimize that naked grasp at the brass ring. Trump may have been practicing a bit of a rope-a-dope to smoke out just how empty this ‘collusion’ narrative has been, but we’re past that now. Now it’s time to end the circus and turn out the clowns.”