Elections can’t be overturned? Ask Eatonville, Florida and voters in 15 other elections

The narrative embraced by relatively small number of people who may have a disproportion influence on the counting of votes says that no matter how much evidence of election fraud is uncovered, an election still can’t be overturned.

Here are 16 instances that counter that narrative: 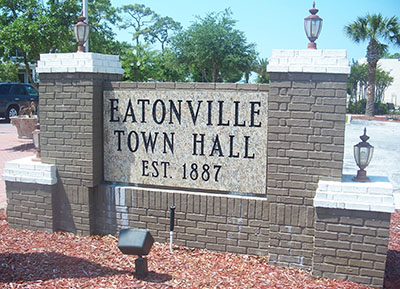 In Eatonville, Florida, a judge ordered a town council election overturned after evidence of illegal votes was presented.

Tarus Mack had initially been certified the winner by one vote, 269-268, after a recount in the March 2020 election.

“I was very ecstatic,” said Daniels, who filed a lawsuit challenging the election results. “Immediately I said, ‘Let’s get to work.’ We have to fix things that have been going wrong in this historic town and make things right, not for me, but for the people.”

“There were both illegal votes as well as fraudulent votes cast in this election. And for those familiar with local politics, that was not a surprise,” said Daniels’s attorney, Christian W. Waugh. “Those votes have now been removed from the tally. And because of that, my client, Marlin Daniels, is now going to be a public servant for the Town of Eatonville.”

The report noted that a former mayor of Eatonville who had previously been convicted of felony voter fraud (see below) was alleged to have threatened two tenants of a motel with eviction if they did not vote for Mack.

The Tennessee Star, using the Heritage Foundation’s database on other sources, found 15 instances in which courts threw out an election result based in whole or in part on absentee voting fraud.

• In 2018, the North Carolina Board of Elections decertified the outcome of the race in the 9th Congressional District and ordered a new election after evidence of absentee ballot fraud emerged. About 61 percent of all mailed votes were cast for Republican candidate Mark Harris over Democrat Dan McReady, although only 16 percent of those requesting a ballot were Republicans. In the new election, Republican Dan Bishop stepped in as the party nominee and won.

• Also in 2018, Dennis Jones beat Tracy Gray by one vote in a Republican primary in Texas for a seat on the Kaufman County Commissioners Court. Gray challenged the outcome, alleging a vote harvester submitted illegal mail-in ballots, while eligible provisional ballots went uncounted. After a hearing, a state judge invalidated the results and ordered a new election, which Gray won by 404 votes.

• In another 2018 Texas case, Armando O’Cana seemingly won a run-off race for mayor in Mission, Texas, beating incumbent Norberto “Beto” Salinas. But after strong evidence emerged that O’Cana’s campaign had bribed voters, tampered with absentee ballots, and improperly “assisted” voters at the polls, state Judge J. Bonner Dorsey invalidated the result, saying: “I hold or find, by clear and convincing evidence, that the number of illegal votes was in excess of 158.”

• In 2017, Eatonville Mayor Anthony Grant was convicted of a felony charge of voting fraud and misdemeanor absentee voting violations. Prosecutors said that, as a candidate in 2015, Grant coerced absentee voters to cast ballots for him. In at least one case, prosecutors said, Grant personally solicited an absentee vote from a nonresident. Grant, a former mayor, lost the in-person vote but won the election with more than twice the number of absentee ballots that incumbent Bruce Mount got. After Grant’s indictment, then-Gov. Rick Scott suspended the mayor. After his conviction, he was sentenced to 400 hours of community service and four years’ probation.

• In 2017, an Alabama state judge reversed the result of a race for Wetumpka City Council in which incumbent Percy Gill appeared to have won by three votes. Gill’s opponent, Lewis Washington, contested the outcome. A trial showed eight absentee ballots cast for Gill either had a forged signature or weren’t notarized or signed in front of the requisite number of witnesses.

• In the 2016 race for mayor of Gordon, Alabama, Elbert Melton won by just 16 votes. Melton later was convicted on two counts of absentee ballot fraud and removed from office. He was sentenced to a year in prison and two years’ probation.

• In 2016 in Texas, former Weslaco city commissioner Guadalupe Rivera pleaded guilty to one count of providing illegal “assistance” to a voter in a 2013 race he won by 16 votes. Rivera admitted filling out an absentee ballot “in a way other than the way the voter directed or without direction from the voter.” A judge determined that 30 ballots were cast illegally and ordered a new election, which Rivera lost. He initially faced 16 related charges, but 15 were dropped as part of a plea deal. He was sentenced to a year of probation and ordered to pay a $500 fine.

• In 2015, Fernando Gonzalez clinched a win by 10 votes over Sergio Dias for a seat on the city council of Perth Amboy, New Jersey. After a determination that at least 13 absentee ballots were cast illegally, a state Superior Court overturned the results and ordered a new election. The second time, Gonzalez won by nine votes.

• New York State Assembly candidate Hector Ramirez pleaded guilty to one count of criminal possession of a forged instrument during his 2014 campaign. Prosecutors charged Ramirez with deceiving voters into giving their absentee ballots to his campaign on the false premise that it would submit them. Instead, Ramirez’s campaign inserted his name on at least 35 absentee ballots, prosecutors said. Ramirez initially won, but a recount determined that he lost by two votes. Bronx Supreme Court Justice Steven Barrett ruled that Ramirez could not run for office again for three years.

• In 2014 in Pennsylvania, Richard Allen Toney, the former police chief of Harmar Township, pleaded guilty to illegally soliciting absentee ballots to benefit his wife and her running mate in the 2009 Democratic primary for town council. Prosecutors said Toney applied for the ballots, then had them filled out illegally by individuals who were not expected to be absent on Election Day. The absentee ballot count flipped the primary results, securing a victory for his wife’s running mate. During a subsequent FBI investigation, prosecutors said, Toney attempted to prevent two grand jury witnesses and others from testifying. He was sentenced to three years’ probation.

• After a 2012 federal investigation of a voter fraud conspiracy in West Virginia, Lincoln County Sheriff Jerry Bowman and County Clerk Donald Whitten pleaded guilty to stuffing ballot boxes and falsifying absentee ballots to try to steal a Democratic primary election in 2010. Lincoln County Commissioner Thomas Ramey pleaded guilty to lying to investigators. Bowman and Ramey were involved in helping Whitten get re-elected. He won the primary but a judge overturned the election, tossing out 300 fraudulent ballots.

• One of the more complex cases arose in a rural jurisdiction when the Justice Department brought a civil suit against Noxubee County, Mississippi over a massive absentee voter fraud operation run by the local Democratic Party machine. Prosecutors said notaries paid by the machine took ballots from mail boxes and voted the ballots in place of the intended voters. On June 29, 2007, U.S. District Judge Tom S. Lee issued an opinion finding that county Democratic Party Chairman Ike Brown worked with the county’s Democratic Executive Committee to manipulate the process. Lee determined that Brown violated Section Two of the Voting Rights Act through racially motivated manipulation of ballots, obtained and improperly counted defective absentee ballots, and allowed improper “assistance” of voters to ensure that his favored candidates won. The 5th U.S. Circuit Court of Appeals affirmed the judgment. The Justice Department entered into a consent decree with Noxubee County’s superintendent of general elections, administrator of absentee ballots, registrar, and county government to prohibit discriminatory and illegal voting practices and require officials to report such incidents.

• In 2004, the Alabama Supreme Court overturned the results of a mayor’s race in Guntersville after finding that absentee ballots were cast without proper identification and should have been discarded.

• In the 2003 mayor’s race in East Chicago, Indiana, challenger George Pabey defeated eight-term incumbent Robert Patrick on Election Day, but lost by 278 votes after about 2,000 absentee ballots poured in.

Elections can’t be overturned? Ask Eatonville, Florida and voters in 15 other elections, WorldTribune.com

Elections can’t be overturned? Ask Eatonville, Florida and voters in 15 other elections added by Editor Two on December 5, 2021
View all posts by Editor Two →