Drone control? Heavy gunfire after fly-by near Saudi palace may lead to regulations

Saudi Arabia plans to enact new laws for recreational drone use after an incident involving a toy drone that came too close to the Saudi royal palace on April 21 sparked reports of a possible royal coup. 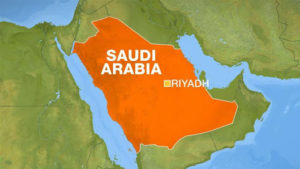 Heavy gunfire reported near the palace had sparked fears of possible political unrest. But a senior Saudi official told Reuters the gunfire was the drone being shot down, adding there were no injuries and King Salman was not in the palace at the time.

Riyadh police said security forces responded to an unauthorized, small drone-type toy after spotting it near a security point in the Khozama neighborhood.

It was not clear who was operating the device.

Saudi Arabia’s Interior Ministry on April 22 instructed drone enthusiasts to obtain permission to fly the devices until regulations were finalized.

An Interior Ministry spokesman said a law for the use of drones was in its final stage and called on users to obtain the necessary police clearance to use the devices “for particular reasons in permitted locations,” state news agency SPA reported.