Draining the swamp nothing new for WMAL; Now it’s number one in liberal D.C.

A conservative talk radio station has become the new king of radio in the ultra-liberal Washington, D.C. area. 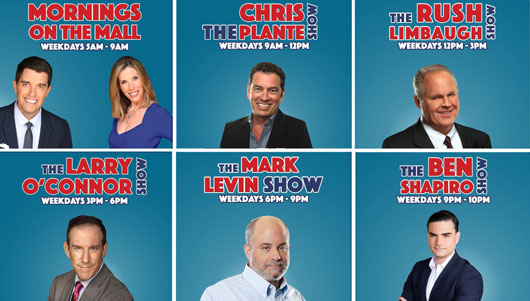 It was the first time in 34 years a conservative station has taken the top spot in the D.C. area radio rankings.

Mark Levin, who holds the 6 to 9 p.m. time slot on the station, told Bedard that WMAL’s ratings win was due to a “tremendous combination of national and local hosts, compelling and consistent format from early morning to late at night, outstanding and knowledgeable station management led by [Cumulus News/talk Vice President and Program Director] Bill Hess, and most of all, deep respect for the intelligence and interests of our wonderful audience!”

Insiders also gave credit to Hess and Executive Producer Heather Hunter, who came to the station 10 years ago with the goal of making the station No. 1. “For some, this might seem like a sudden rise for WMAL, but this has been a work in progress for years,” said one insider.

Hess told Bedard: “During times like these, listeners are looking for connections to the outside world, and talk radio is built on those connections. WMAL’s personalities have a relationship with our listeners, and they turn to us for information and for perspective, commentary, and companionship. Most importantly, we give them a voice.”

And at a time when fewer people are commuting, Hess said, “The station’s expansion on digital platforms has certainly helped to drive increased listenership in multiple locations, which is vitally important as commuting habits have changed.”

With eyes and ears on the nation’s capital as the country was overwhelmed by the COVID-19 pandemic, local news outlets were top of mind and, once again, on top of Nielsen’s April 2020 PPM rankers. Cumulus Media news/talk WMAL-FM rode the wave to the top of the heap, adding more than two shares month-over-month (7.3-7.8-10.0), and leading the market for the first time since the Fall of 1986, ratings historian Chris Huff notes. Last month’s No. 1, American University news/talk WAMU drops to second (7.8-8.7-8.4), followed by Hubbard news WTOP-FM (7.8-8.2-7.7).

WMAL’s ratings success comes from its ability to hold onto cume, relatively speaking, seeing only a 9% drop month-over-month, while many other stations, regardless of format, saw double-digit drops in the first two days of the April 2020 numbers. For instance, WAMU and WTOP-FM lost 30% and 36%, respectively, from March to April.