Do athletes at Beijing Games have freedom of speech? No

Any athletes at next month’s Beijing 2022 Winter Olympics who speak out against China’s abhorrent human rights abuses will face “certain punishment,” a Chinese Olympic official said.

Yang Shu, the deputy director of international relations for the Beijing organizing committee, said athletes could face cancellation of accreditation and other “punishment.” 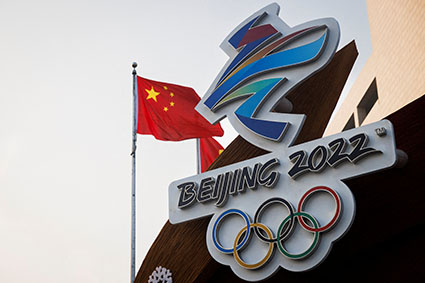 Human Rights Watch also warned athletes in Beijing for the Olympic Games about conducting any activism and to be wary of the extraordinary reach of Chinese surveillance.

Yaqiu Wang, a researcher on China for Human Rights Watch, said the disappearance last year Chinese tennis star Peng Shuai, who vanished from public view for several weeks after publicly accusing a former senior official of sexual assault, was “a good indicator of what could possibly happen” if athletes spoke out.

“Chinese laws are very vague on the crimes that can be used to prosecute people’s free speech,” Wang said. “There are all kinds of crimes that can be leveled at peaceful, critical comments. And in China the conviction rate is 99 percent.”

The International Olympic Committee (IOC) has said athletes will have freedom of speech at next month’s Winter Games when speaking to journalists or posting on social media. However, the Olympic Charter rule that prohibits political protests at medal ceremonies also requires “applicable public law” to be followed.

The IOC has not yet publicly committed to how athletes who speak out would be protected, activists said in a briefing hosted by Human Rights Watch.

“Silence is complicity and that’s why we have concerns,” said Rob Koehler, the director general of the Global Athlete group. “We know the human rights record and the allowance of freedom of expression in China, so there’s really not much protection.”

The IOC has not responded to requests in recent days to clarify how Chinese law could apply at the Beijing Games.

Over spying concerns, British athletes were advised not to take their personal phones with them and were instead offered temporary replacements by the British Olympic Association, The Guardian reported.

Tech security watchdog Citizen Lab warned that an app all Olympics attendees were mandated to download had a “devastating flaw” that left personal and medical information, voice audio and file transfers vulnerable.

2022 Winter Olympics, Do athletes at Beijing Games have freedom of speech? No, WorldTribune.com