The leftists running the show for Team Biden are dead set on freezing new oil and gas drilling leases, even after a court ruled they couldn’t.

An injunction issued by U.S. District Judge James Cain of the Western District of Louisiana prevented the Biden administration from using the “social cost of carbon” metric in decisions regarding new oil and gas drilling projects. 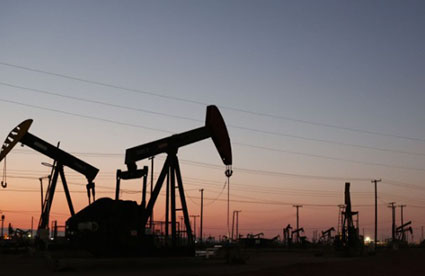 Despite Cain’s ruling, Team Biden continues its freeze on new leases and permits for federal oil and gas drilling, MSN reported this week.

Government lawyers quickly appealed the injunction, arguing that it “necessitated a pause on all projects where the government was using a social-cost-of-carbon analysis in its decision-making.” This allowed Team Biden to continue its freeze on oil and gas projects.

Russia’s invasion of Ukraine has sent oil prices skyrocketing at a time when Team Biden’s assault on domestic oil and gas production had already taken a heavy toll on the U.S. economy.

The national average for a gallon of regular gasoline this week has increased to $3.54, according to AAA. The U.S. Department of Energy had warned Americans that they would likely pay “significantly” more (up to 40 percent more) to heat their homes this winter.

Meanwhile, Team Biden is basing its assault on new oil and gas drilling on a metric which uses economic models to put a value on each ton of carbon dioxide emitted, with the intention of quantifying the economic harm of climate change, MSN reported.

Interior Department spokesperson Melissa Schwartz said: “The Interior Department has assessed program components that incorporate the interim guidance on social cost of carbon analysis from the Interagency Working Group, and delays are expected in permitting and leasing for the oil and gas programs.”

Schwartz says the Interior Department “continues to move forward with reforms to address the significant shortcomings in the nation’s onshore and offshore oil and gas programs,” the report noted.

The timing couldn’t be worse for Joe Biden’s leftist handlers, as this week’s invasion of Ukraine by Russia has pushed brent crude oil well above $100/barrel. Earlier this week, JP Morgan suggested oil could average at about $110/barrel for the remainder of the year, a prediction that was made before the current geopolitical conflict in Europe escalated.