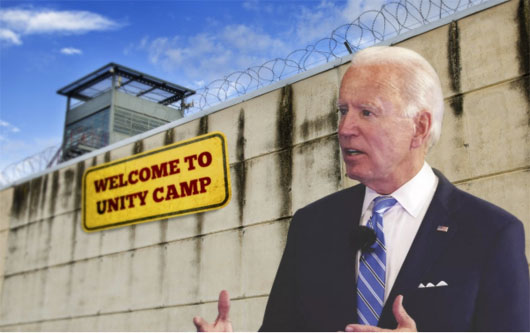 Leading Democrats are pushing for unity in our nation, and they’ve found a new way to implement the unity in a mandatory way: “Unity Camps,” special institutions designed to teach and train Republicans to unify.

“There’s nothing that’ll make Republicans want unity more than a nice, relaxing stay in one of our Unity Camps,” said Joe Biden. “Heck, in my day, we’d have killed to go to camp. I remember one summer, I was sitting in the pool watching my leg hair change color in the water. All the kids liked to run their fingers through it. Anyway, …

[Meanwhile], Rep. Alexandria Ocasio-Cortez has suggested using forced labor at the camps, compelling Republicans to run on giant hamster wheels to generate enough energy to run the country under a Green New Deal.