Democrats close in on vote to criminalize private gun sales

House Democrats plan to move legislation this week that would ban the private sale of guns.

The House Judiciary Committee will mark up the bill, known as the Bipartisan Background Checks Act, on Feb. 13 and send it to the House floor for a vote, committee Chairman Jerrold Nadler told a news conference. 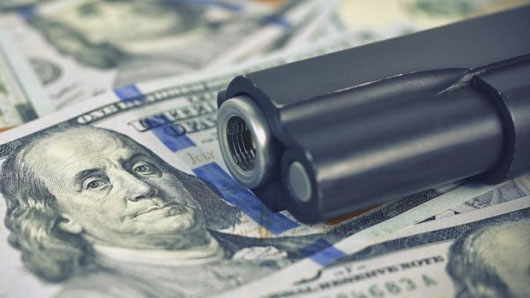 “It’s finally time for action in Congress,” Nadler said. “This bill will close the loopholes that have allowed felons, domestic violence abusers and other prohibited persons to purchase guns through private sales.”

Along with banning private gun sales, the legislation would require background checks for all firearm sales and most firearm transfers.

Democrats first introduced the legislation, dubbed H.R. 8, to mark the eighth anniversary of the Jan. 8, 2011, attack on Gabby Giffords.

“It is truly blessing to have former Rep. @GabbyGiffords join us to introduce #HR8, the Bipartisan Background Checks Act of 2019, eight years after the Tucson shooting,” House Speaker Nancy Pelosi tweeted.

Breitbart Second Amendment columnist AWR Hawkins noted that “Ironically, the bill would have done nothing to stop the attack on Gabby Giffords because her attacker did not buy his gun privately. Rather, he passed a background check to acquire the gun retail.”

Hawkins also noted that the legislation would “outlaw the private gun sales Americans have enjoyed since December 15, 1791, the date on which the Second Amendment was ratified. This would criminalize a neighbor who sold a gun to a lifelong neighbor without first getting government permission via a background check. It would also criminalize a friend for selling a gun to a lifelong friend without government permission.”

The legislation is likely to pass the Democratic-controlled House, but there are no signs that it would succeed in the Republican-led Senate.

Meanwhile, sheriffs in 12 Washington state counties are refusing to enforce the state’s new restrictions on semi-automatic rifles until the courts decide whether they are constitutional.

The I-1639 initiative, approved by voters in November, raised the minimum age for buying semi-automatic weapons from 18 to 21, requires buyers to first pass a safety course and added expanded background checks and gun storage requirements.

The National Rifle Association and the Second Amendment Foundation filed a lawsuit in federal court arguing the measure is unconstitutional.

Sheriffs in the following counties decided not to enforce the law until the courts decide on the challenge: Grant, Lincoln, Okanogan, Cowlitz, Douglas, Benton, Pacific, Stevens, Yakima, Wahkiakum, Mason and Klickitat.

“I swore an oath to defend our citizens and their constitutionally protected rights,” Grant County Sheriff Tom Jones told The Associated Press. “I do not believe the popular vote overrules that.”

Lincoln County Sheriff Wade Magers said 75 percent of voters in his county voted against the bill and called the new rules unenforceable.

The police chief of the town of Republic, Loren Culp, also said he would not enforce I-1639.

“I’m just standing up for people’s rights,” Culp said. “I had people asking if the Police Department was going to start arresting teenagers, 18-, 19-, 20-year-olds, carrying and using a semi-automatic .22 rifle. I told them, ‘I’m not going to infringe on someone’s constitutional rights.’ ”