Three of the socialists who are part of the so-called “Squad” have spent tens of thousands of dollars on their own private security while at the same time advocating for defunding the police, a report said. 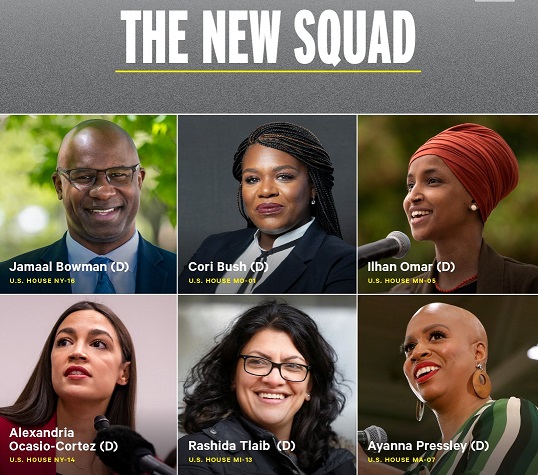 “Defunding police means defunding police,” Ocasio-Cortez said in a statement . “It does not mean budget tricks or funny math. It does not mean moving school police officers from the NYPD budget to the Department of Education’s budget so that the exact same police remain in schools. It does not mean counting overtime cuts as cuts, even as NYPD ignores every attempt by City Council to curb overtime spending and overspends on overtime anyways. It does not mean hiring more police officers while cutting more than $800M from NYC schools. If these reports are accurate, then these proposed ‘cuts’ to NYPD’s budget are a disingenuous illusion. This is not a victory. The fight to defund policing continues.”

During last summer’s riots, Omar called the Minneapolis Police Department “rotten to the root” and called for it to be disbanded.

“What we are saying is the current infrastructure that exists as policing in our city should not exist anymore, and we can’t go about creating a different process with the same infrastructure in place,” Omar said at the time.

The campaign of Missouri Democrat Rep. Cori Bush spent $64,141.26 on private security between the beginning of July and late September, the report said.

“Bush has now pushed more than $130,000 from her campaign’s coffers into private security services over the past six months,” Fox News noted.

Bush said she needs the personal protection due to attempts on her life and the fact the she has “too much work to do.”

“So suck it up, and defunding the police has to happen,” she said.

The discovery led to the termination of Jackson and Thompson, who had failed to get approval for the side gig, St. Louis Sheriff Vernon Betts said at the time.

Defund-police ‘Squad’ spending large on private security for themselves added by Editor Two on October 19, 2021
View all posts by Editor Two →