Data scientists: Over 430,000 votes taken from President Trump in Pennsylvania

In analyzing election data from Pennsylvania, a group of data scientists found more than 432,000 votes were removed from President Donald Trump in the November election. 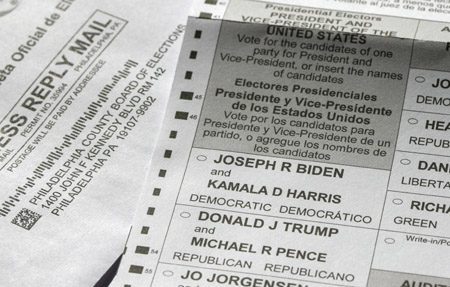 “Time-series election data shows Trump’s votes decrementing in various counties at numerous time points instead of increasing as would be expected under normal circumstances,” the report noted of the group’s findings.

“There were vote movements across all candidates. However, we did not see the same type of negative decrements to any of the [other] candidates that we saw with President Trump’s tallies, and they happened repeatedly with no explanation,” Lynda McLaughlin, a member of the group, told The Epoch Times.

The data scientists urged Pennsylvania officials to authorize a forensic audit to uphold election integrity and said it is irresponsible to certify the results before the alleged errors and anomalies are explained.

“The bottom line is the errors were made. Data confirms these errors and it shouldn’t matter if they were machine or human, they’re still errors and deserve a second review and thorough analysis with forensic audits to find the answers,” the group said.