Kate Smith’s 1939 recording of “God Bless America” is no longer to be played during the seventh-inning stretch at Yankee Stadium in New York.

The Yankees said they made the decision after learning Smith, who died in 1986, had also provided vocals for songs with what have been described as racist lyrics. 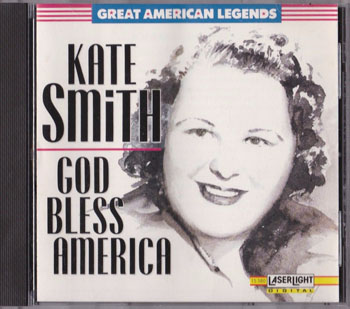 “The Yankees have been aware of a recording that had been previously unknown to us and decided to immediately and carefully review this new information,” a club spokesman said. “The Yankees take social, racial and cultural insensitivities very seriously. And while no final conclusions have been made, we are erring on the side of sensitivity.”

Writing for American Spectator, Daniel Flynn noted that Smith had “provided vocals for such tunes as ‘Pickaninny Heaven’ and ‘That’s Why Darkies Were Born,’ a song that Paul Robeson, an African-American Communist, also sang. She also apparently endorsed a ‘Mammy Doll’ in 1939.”

Flynn continued: “Following this logic, the Yankees might want to consider folding the franchise, or at least changing their name. For the first 54 seasons of the team’s existence until Elston Howard came along, the New York Yankees refused to field African-American players. Did Kate Smith ever do anything that bad?”

The Yankees began the seventh-inning stretch tradition following the September 11, 2001 terror attacks. Smith’s version of “God Bless America” had been used most frequently.

In 2009, the Yankees cut ties with singer Ronan Tynan, who had made numerous appearances at the Stadium to sing “God Bless America,” after he was alleged to have made anti-Semitic comments.

Smith also was memorialized by a statue outside of the National Hockey League’s Philadelphia Flyers’ arena, where she once regularly sang “God Bless America” before games.

Following the Yankees’ lead, the Flyers also decided to stop playing Smith’s rendition of “God Bless America.” The team also covered up the statue of Smith.

She was honored in 1982 by President Ronald Reagan with the Presidential Medal of Freedom.