The shift from print to all-digital delivery has led to a drop in newspaper circulation to levels not seen since before World War II, according to an industry review. 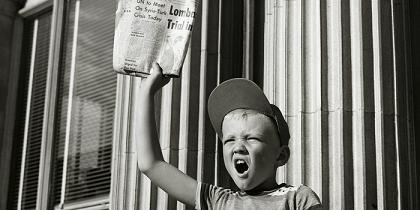 The Pew Research Center in its “State of the News Media” review said daily newspaper circulation has dropped to a 77-year low of 34.6 million, six million less than papers sold in 1940.

Pew said the total estimated newspaper industry advertising revenue for 2016 was $18 billion, based on an analysis of financial statements for publicly traded newspaper companies. This was a decrease of 10 percent from 2015.