Twitter has ignored formal requests to explain its policies after Project Veritas released a video showing current and former employees of the social media giant admitting it censors conservative viewpoints.

Twitter has banned high-profile conservative figures such as Milo Yiannopoulos and removed a campaign ad by Rep. Marsha Blackburn, Tennessee Republican, over its “inflammatory” reference to her opposition to selling “baby body parts,” Valerie Richardson wrote for The Washington Times on Jan. 16. 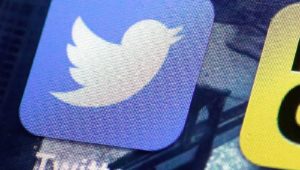 “The stakes are so high and Twitter has so much clout that I think that the burden is on them to prove that they’re not guilty of this,” Robey said.

“In one memorable incident,” Richardson noted, “Campus Reform’s Kassy Dillon said she was briefly banned in 2016 after she retweeted word for word a post by Ghostbusters star Leslie Jones, which included the phrase ‘Kill yourself bigot,’ even though Twitter never sanctioned Ms. Jones – the person who wrote the ‘death wish.’ ”

Project Veritas founder James O’Keefe said that “Twitter may fancy itself the global town square, but it’s clear from our reporting that Twitter is not an open and unbiased platform.”

In a statement, Twitter denounced Project Veritas’s “tactics” while insisting that it operates a bias-free platform.

“We deplore the deceptive and underhanded tactics by which this footage was obtained and selectively edited to fit a pre-determined narrative,” said a Twitter spokeswoman. “Twitter is committed to enforcing our rules without bias and empowering every voice on our platform, in accordance with the Twitter Rules.”