A Pennsylvania restaurant which opened in defiance of Democrat Gov. Tom Wolf’s coronavirus lockdown order, and was fined heavily for it, has been found not guilty after challenging Wolf’s restrictions and the fines. 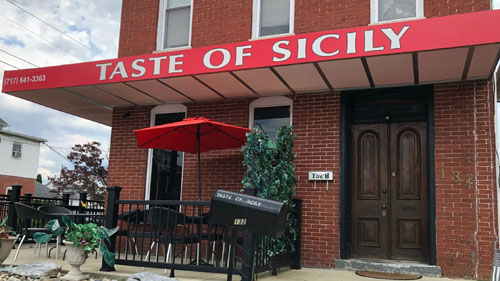 Taste of Sicily in Lebanon County reopened their restaurant in May after having initially shut down for two months in obedience with state orders, The Daily Caller reported. The restaurant left it up to customers to decide whether they want to wear masks or social distance, and were cited for violating Wolf’s restrictions.

The family-owned restaurant was hit with $10,000 in fines for violating Wolf’s order.

Judge Carl Garvey ruled the family business was unconstitutionally cited and the restaurant was found not guilty.

The restaurant is co-owned by siblings Michael Mangano and Christine Wartluft.

“The mask mandate, the plexiglass, the social distancing, all of those things that the governor and [Secretary of Health Rachel] Levine were implementing are not an enforceable citation,” Mangano told the Daily Caller. “In other words, they can’t legally enforce that. This says that any fine that you get from the state is legally non-enforceable.”

Mangano’s advice for other businesses facing fines from the state for reopening in defiance of or not fully following state lockdown orders is to “stand up and plead not guilty.”

“When you get these fines from these agents do not pay them. Plead not guilty, and take them to court. As you can see we won because they had no legal right to fine us for those mandates and guidelines the governor and Levine implemented.”

In September, a federal judge ruled that Wolf’s gathering restrictions and shutdowns of non-essential businesses during the pandemic were unconstitutional.