According to recent statistics from the federal government’s own health bureaucracies, this season’s flu has killed 176 children. The coronavirus, in comparison, has been attributed to the deaths of three children.

Meanwhile, as a percentage of the U.S. population, which WorldOMeters estimates for 2020 at just shy of 331 million, the coronavirus death count is 0.03 percent. 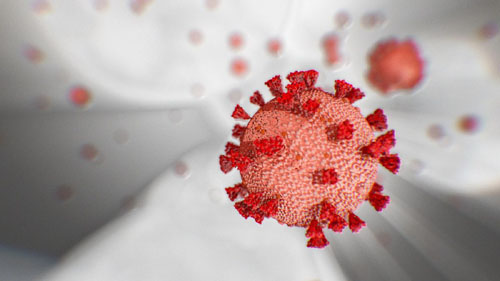 “For that, America has lost its economy, its free market, its freedom, its Constitution,” Washington Times columnist Cheryl K. Chumley noted on May 28.

President Donald Trump has called for the nation’s schools to open this fall. The Left, Chumley noted, “predictably enough, has fought back, characterizing such a viewpoint as mad — mad! — in the face of COVID-19 risks to children. But Trump’s right. Keeping schools closed any longer would be all politics, all fear-fueled nonsense, zero science.”

From the Centers for Disease Control and Prevention’s “Weekly U.S. Influenza Surveillance Report” ending the week of May 16: “Laboratory confirmed flu activity as reported by clinical laboratories remains low. Influenza-like illness activity continues to decrease and is below the national baseline. The percent of deaths due to pneumonia or influenza is decreasing but remains elevated, primarily due to COVID-19, not influenza. Reported pediatric flu deaths for the season are high at 176.”

Dig a little deeper into history and it gets even more interesting.

“That’s with a flu vaccine. Yet America kept open the schools. Yet American children slogged to school each and every day,” Chumley noted. “Now comes COVID-19.”

That information comes from the CDC’s “Information for Pediatric Healthcare Providers” webpage, updated May 20 — which means the COVID-19 child death counts from April, at three, still hold true.

“In the United States, 2 percent of [1.6 million] confirmed cases of COVID-19 were among persons aged [less than] 18 years,” CDC wrote.

“And only three proved fatal,” Chumley noted. Yet here’s The Week’s take, in a recent scathing criticism: “President Trump wants my kid to go back to school. I am not ready to shoulder the risks of that decision.”

“U.S. coronavirus death toll tops 100,000 as Trump pushes to reopen,” Politico’s headline blared, above a story with a critical look at Trump’s insistence to get America back in business. The story went on to report how America “leads the world in reported confirmed coronavirus cases,” a number Johns Hopkins University now puts around 1.6 million.

“Even if those numbers were completely accurate — even if the data from hospitals could be trusted — then 1.6 million cases of coronavirus in a population of 331 million still seems pretty minuscule when put in context of percentages: that’s 0.48 percent,” Chumley noted.

“The 0.48 percent of the U.S. population infected by the coronavirus may think it premature; the family and loved ones of the 0.03 percent who’ve died from COVID-19 may think it careless and even cruel — but fact is, destroying an entire country for such a minuscule number of victims is nothing short of crazy,” Chumley wrote.

“America cannot stand still another moment and suffer the destruction of freedoms, free enterprise and the future for the sake of a few COVID-19 victims — for the fear there might be a few more. The national suicide must stop now.”

“Nursing homes happened to be the place where this virus ravages, despite the fact that we had the greatest number of cases and we were in the eye of the storm. You look at us vis-a-vis the country, where we did better than 33 other states, then those are just facts,” Cuomo said.

The Happiest Place on Earth is planning a phased reopening that would gradually open up its four parks in July, while SeaWorld and Universal Orlando plans to open their parks in June.

Disney World plans to reopen the Magic Kingdom and the Animal Kingdom on July 11, and open Epcot and Hollywood Studios by July 15, Disney announced on Wednesday.

SeaWorld Orlando proposed reopening its three parks, including Aquatica and Discovery Cove, to the public by June 11. Universal Orlando has said it would reopen to guests on June 5.

The shopping and dining Disney Springs and Universal CityWalk have already reopened.

Cheyenne Frontier Days, an iconic rodeo event in Wyoming, has been canceled for the first time in its 124-year history.

Frontier Days President and CEO Tom Hirsig and Wyoming Gov. Mark Gordon made the announcement during a news conference on Wednesday. Organizers of Frontier Days, billed as the “world’s largest outdoor rodeo and western celebration,” said that the concern of spreading COVID-19 outweighed the tradition of the festival.

“What this pandemic means is we just can’t come together,” Cheyenne Mayor Marian Orr told the Associated Press. “We really have to stay apart, so we can come together again sooner rather than later. It’s clear that we just aren’t going to be ready for this.”

The event is largely run by volunteers and typically sees more than 140,000 visitors, infusing upwards of $28 million into the local economy.