GENEVA — In recent decades China has emerged as the factory to the world; a key player in production networks for automobiles, smartphones, computers, textiles and medical equipment. 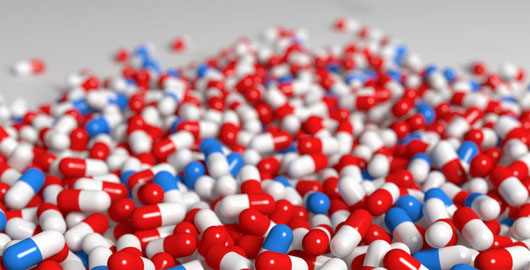 Thus the old Adage, “When America sneezes, the world catches a cold” can be cynically ascribed to China.   Sadly, the Chinese people are once again victims of their own government as the tragically dire consequences from the contagion evolve.

There’s a nervous unease in Europe over the still unfolding effects of the mysterious Coronavirus.  Usually the Swiss are pretty sanguine about everything; not too much emotion and keep your eyes on the job of prosperity.  But when the glittering and signature Geneva International Motor Show was abruptly cancelled as a precaution to the virus, people quietly  realized that the Coronavirus was more than the usual media hype.

Clearly China’s industrial Wuhan region remains the epicenter of the virus, and curiously Iran has seen deadly clusters through its contact with Chinese businessmen, but most of the outside world was only jolted into reality by two factors; Corona’s surprising spread in South Korea  (recall that China is Seoul’s largest trading partner) and then suddenly the spike in northern Italy.

But it’s the Italian connection that suddenly focused attention on the spreading health emergency.

The European Centre for Disease Prevention and Control asserts that the European Union faces a “moderate to high” risk of  “widespread sustained transmission” of the officially labeled Covid-19.

The World Health Organization (WHO) upgraded the global risk of the coronavirus outbreak to “very high,” its top level of risk assessment. WHO says there is still a chance of containing the virus if its chain of transmission is broken.

Still we’ve seen this movie before.  Corona is hardly the world’s first global epidemic; SARS, Ebola, Zika all challenged world health in recent times. But when the SARS virus emerged in 2002, China accounted for just 4 per cent of the world economy. Currently it’s 16 per cent. China is now a global player especially in production chains.

“Eighty percent of the active pharmaceuticals ingredients in the U.S. are imported, with the majority coming from China and India,” according to Hong Kong’s authoritative South China Morning Post.

In fact the proportion of Chinese sourced medicines for the American market include 95 percent of ibuprofen, 91 percent of hydrocortisone and 40 percent of heparin.  You get the picture.  Why not think about alternative production sites in the Czech Republic and Hungary, two traditional centers of pharmaceuticals?

Secondly, the UN Conference on Trade and Development (UNCTAD) warns that while the   Chinese economy has become the world’s largest exporter, “over the last month, China has seen a dramatic reduction in its manufacturing.” “The 2 percent contraction has had ripple effects through the global economy and has caused an estimated drop in Chinese exports of about $50 billion,” the survey warns.

As UNCTAD adds, “Any disruption of China’s output is expected to have repercussions elsewhere through regional and global value chains.” The UN agency asserts that for February, Covids-19’s damage to the global value chain stood at $15.6 billion for the European Union, $5.7 billion for the USA, and $3.8 billion for South Korea.  These numbers reflect components for autos, communications equipment and all forms of machinery.

Naturally the yet to be determined knock on effect will see a slowdown in manufacturing and a contraction of world trade.  The global shipping industry, the seaborne lifeblood of China’s commerce, not to mention its controversial Belt and Road program, has seriously impacted both imports and exports.

Then there’s the wider fear factor and the shameless politicization of the contagion crisis.

The dangers of a pandemic are on media steroids.  And now a Perfect storm of the Coronavirus, production slowdowns, stock market whipsaws, a volatile American presidential race, contains the grist of global uncertainty.  While we in the West have become dangerously dependent on China as a low-cost production base, it’s time to concede how high the cost actually was.