There is only one Electoral College deadline in the U.S. Constitution — noon on Jan. 20.

The “safe harbor” deadline of Dec. 8, the Electoral College voting on Dec. 14, and the congressional vote count on Jan. 6 are dates set by federal law, said a group that is challenging the election results in several states. 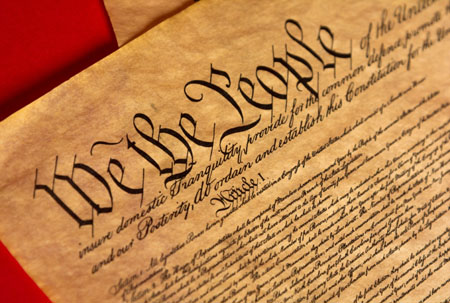 It is well established “that the U.S. Constitution is the highest law in the land, holding precedence over both state and federal laws. In the event that federal law presents an obstacle to faithfully adhering to constitutional requirements, it is necessary to disregard the statute in favor of the plain meaning of the Constitution,” the Amistad Project of the nonpartisan Thomas More Society said in a new report.

Citing language in the 2000 Bush vs. Gore Supreme Court decision, the Amistad Project said that while federal law sets two days in December for moving forward with the Electoral College voting, the Constitution doesn’t.

“The Supreme Court has ruled that the law does not actually require states to appoint Electors by that date in order for those Electoral Votes to be counted by Congress when determining the winner of the presidential election,” the Amistad Project wrote.

The Amistad Project contends that, in the five states it has filed challenges to the 2020 results, enough violations took place to force the legislatures to take over for the electoral system.

“Through rigorous investigations supporting our litigation, we demonstrate that state and local officials brazenly violated election laws in several swing states in order to advance a partisan political agenda,” said Phill Kline, the director of the Amistad Project.

“As a result, it is impossible for those states to determine their presidential Electors in line with the arbitrary deadline set forth via federal statute in 1948, and thus, the only deadline that matters is January 20, 2021,” Kline said.

“Election officials in urban Democrat strongholds are behaving similar to a football team which gained an advantage from a questionable play and are now running up to the line of scrimmage to begin the next play before America can throw the red flag on the field to demand a closer look,” the Amistad Project wrote.

The group is urging states to take their time and that, if irregularities are confirmed, they should send the vote to state legislatures, as suggested by the Constitution. Several states where voting has been challenged have majority-Republican state legislatures.

Said the Amistad Project: “Because the laws governing the conduct of elections were flagrantly violated in numerous states during the 2020 presidential election, there can be no determination of presidential Electors pursuant to state law. As such, the Constitution makes clear that the responsibility rests with state legislatures to appoint Electors. This should be done as expeditiously as possible, but the only deadline state lawmakers have an obligation to meet is the one deadline set forth in the Constitution — noon on January 20, 2021.”

A growing number of House conservatives are eyeing challenging specific state Electoral College vote counts. That effort is being led by Alabama Rep. Mo Brooks, who believes that Joe Biden’s likely election can be reversed in the House, Paul Bedard noted in a Dec. 5 op-ed for the Washington Examiner.