Cash-strapped Cuba has proposed paying off a large Cold War-era debt to the Czech Republic with rum.

Cuba owes some $270 million to the former Czechoslovakia, Havana’s ally during the Cold War. 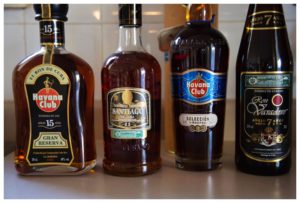 There’s no word on whether the Czechs are going to take the deal. Czech Finance Ministry spokesman Michal Zurovec said last week that Prague would prefer at least some of the debt to be returned in cash.

The Czech Republic imported about $2 million worth of rum from Cuba last year, according to the European nation’s statistics office. At that rate, it would probably take more than a century for Czechs to drink the booze coming their way if it was used to pay off Cuba’s entire debt.

The Cuban government has also proposed another option, repaying the debt in pharmaceutical drugs. Havana’s drugs, however, lack European Union certification and, hence, “repaying with a more traditional medicine,” probably referring to Cuba’s rum, seems like a more plausible option, the BBC reported.

Here are three other instances in which distressed borrowers proposed odd swaps to pay off debt: