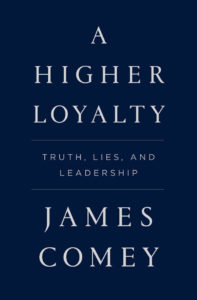 A government watchdog group wants to know if Comey, who received a reported $2 million advance for “Higher Loyalty: Truth, Lies, and Leadership”, was given a “special deal from his friends in the FBI.”

“Mr. Comey seems to have protected status for any misconduct and we want to know if he had a special deal for his book from his friends in the FBI,” said Judicial Watch President Tom Fitton. “The Deep State is in cover-up mode. The FBI, DOJ, and the Special Counsel are stonewalling our requests for Comey documents.”

Flatiron Books moved up the release date of Comey’s book from May 1 to April 17 because there is reportedly a demand for Comey to be heard amid an “urgent conversation” about the FBI, The Associated Press reported on Feb. 7.