Fear. Leftists love it. Democrats across the country are using it “to keep free citizens in shutdown mode” amid the coronavirus pandemic, a columnist noted. 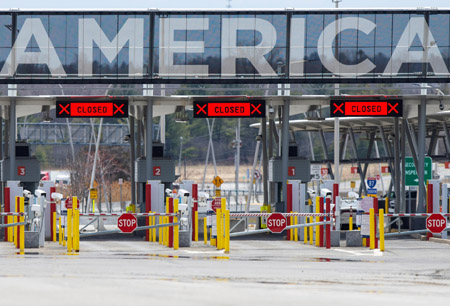 “In a choice between persuading by logic and pressuring by fear, leftists will go for fear every time. Why? It’s the go-to motivator for the nonthinking crowd,” Cheryl K. Chumley wrote for The Washington Times on Dec. 31.

“Generate enough fear and there’s no end to what might be accomplished. Changed. Reformed. Destroyed.”

As the coronavirus saga continues to unfold, it “has been fueled by one fearful prediction after another — predictions which have then been cherry-picked by leftist politicians as the means of justifying selective shutdowns, selective closures, selective enforcement of unconstitutional executive orders,” Chumley wrote.

“If Americans didn’t fear, there would be no business closures, no school closures, no stay at home orders. The numbers don’t justify the shutdowns; the science doesn’t show the need for such responses. Those who say they do are being driven by fear, deceived by fear.

Americans have an example of where it all leads:

“Just as conservatives are increasingly booted from Twitter, from Facebook, from YouTube, from social media, based on the angry fears of an ignorant Left that can’t tolerate dissenting opinion — so will go the state of America’s economy, America’s education system, America’s free market and free society and freedoms for individuals in general,” Chumley wrote.

“Take a page from rapidly rotting anti-free speech social media and see: leftists don’t voluntarily let go of power. They only dig in deeper. They only grow bolder with each success. Even when outed as lunatic leftists on crazy censorship crusades, they don’t repent. They don’t cede control.”

With covid still available for them to exploit, the leftist will only “dig in deeper. They’ll only grow bolder,” Chumley wrote.

“They’ll only continue to use fear to curtail individual freedom — specifically, conservative and free market principles — even more. Their end game, of course, is control. Total, top-down, totalitarian control. The worse slap in the face is they’ll demand appreciation for taking away the burden of having to do all that hard thinking stuff to boot.

“That’s how socialism, communism, collectivism comes: a cringe of fear at a time.”