Clueless: What Liz Cheney and her ilk still don’t get about Donald J Trump

“The spirit of rugged individualism and anti-Big Government was already in America. The MAGA movement was already in America. The America First types were already in America. They were just being ignored, ‘dissed and dismissed by the powers-who-be on Capitol Hill — by Democrats who scorn the nature of this great democratic-republic, with all its power-to-the-people glory, as well as by the Republicans who’ve been so long in office they’ve forgotten the constituents who pay their salaries. For too long, conservatives in America have watched Republicans promise this on the campaign trail, promise that during election-year crusades, only to then go to Capitol Hill and go behind closed doors and cut deals with Democrats that counter what they promised their constituents,” Cheryl K. Chumley wrote for The Washington Times on May 6. 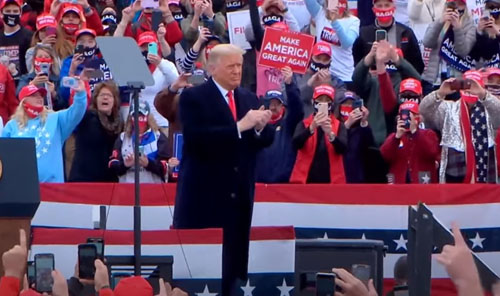 When he first came down the escalator at Trump tower to announce his candidacy, Donald J Trump spoke of “love for country, love for Constitution, love for limited government principles… and then actually stood strong for those same principles once in office,” Chumley wrote.

In 2021, some 75 million, and likely many millions more, of Americans steadfastly back Trump and those principles.

And, still, RINOs such as Liz Cheney and other elitists of the American political class “don’t get it,” Chumley noted.

Cheney wrote in a Washington Post op-ed that the GOP was facing a “turning point” and must “steer away from the dangerous and anti-democratic Trump cult of personality,” or else risk a permanent demise of the Constitution.

“History is watching. Our children are watching. We must be brave enough to defend the basic principles that underpin and protect our freedom and our democratic process,” Cheney wrote.

“She doesn’t get Trump.

“But she is right on one point: Republicans must be brave enough to defend the principles of freedom.

“They just better know where to look for the real defenders of that freedom.”