In a little-noticed Oct. 20 article, a top climatologist wrote that 100 percent of climate models had overpredicted global warming. 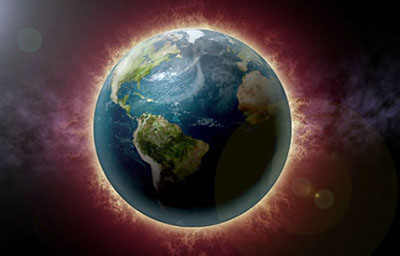 The models (seen in the chart below) are “those catalogued at the KNMI Climate Explorer website, using Tas (surface air temperature), one member per model, for the ssp245 radiative forcing scenario. (The website says there are 40 models, but I found that four of the models have double entries). The surface temperature observations come from NOAA/NCEI,” Spencer noted.

All of the CMIP-6 models had a warming trend range from +0.28 to +0.71 C/per decade. The official NOAA observations produce a 50-year summer temperature trend of +0.26 C/decade.

Spencer concluded: “The importance of this finding should be obvious: Given that U.S. energy policy depends upon the predictions from these models, their tendency to produce too much warming (and likely also warming-associated climate change) should be factored into energy policy planning. I doubt that it is, given the climate change exaggerations routinely promoted by environment groups, anti-oil advocates, the media, politicians, and most government agencies.” 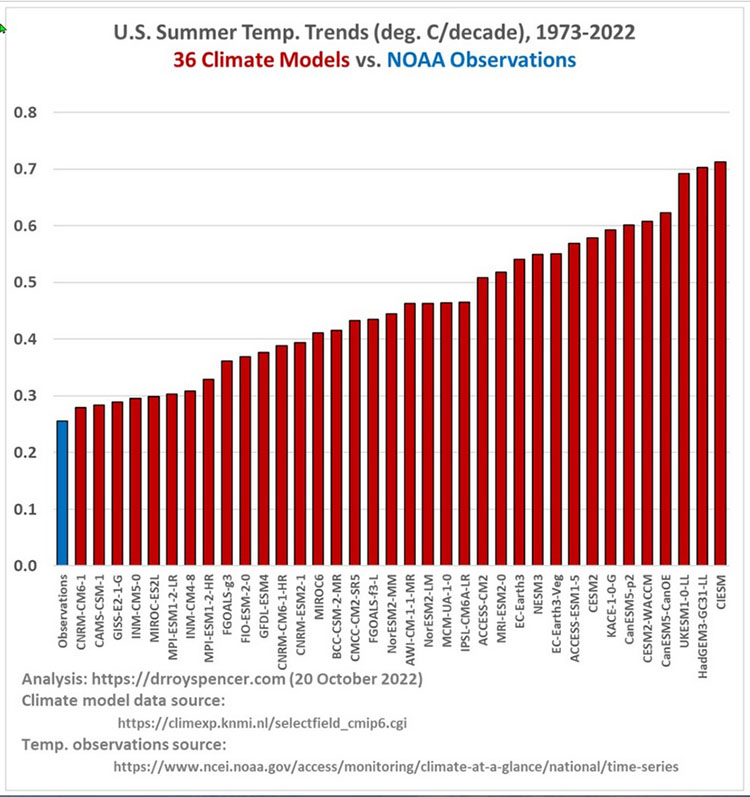 Spencer was a Senior Scientist for Climate Studies at NASA’s Marshall Space Flight Center, where he and Dr. John Christy received NASA’s Exceptional Scientific Achievement Medal for their global temperature monitoring work with satellites. He is now a Principal Research Scientist at the University of Alabama in Huntsville and a Policy Advisor to The Heartland Institute.

“How is it possible that every single climate model predicts higher warming than observation. Climate science is one of the most gratuitously funded fields in the history of science. They get satellites, flights, conferences, an entire massive division of the United Nations, buildings, university departments, supercomputers, ridiculous paychecks, insane monetary awards, international recognition, television commercials …on and on.

“This is all money from government, taken from taxpayers and given to the brightest minds on the planet.

“They have tweaked every measurement to make the observations as hot as possible.

“And not a single genius can figure out that they effed up.”