Those who like to lecture us commoners on environmental stewardship seem unaware of just how much CO2 they are about to unleash on the Earth when 25,000 elites travel to Glasgow, Scotland for the United Nations COP26 climate summit.

What about that climate emergency? Shouldn’t they be holding this thing on Zoom? 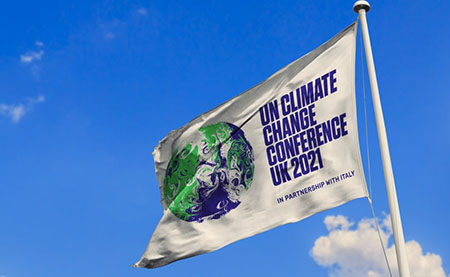 Apparently, as the BBC reported, they tried that in a preparatory meeting in June and “it didn’t go well” because of “time zone challenges.”

Yes, the elites can’t be expected to interrupt their sleep patterns to get on Zoom for what they contend is an already-in-progress climate catastrophe affecting everyone on the planet. So the summit is set to begin on Oct. 31 and end on Nov. 12.

Speaking of catastrophes, perpetually-lost Joe Biden and his lost-but-now-found Secretary of Transportation Pete Buttigieg will both be there.

As Breitbart’s Penny Starr noted: “Joe Biden will attend the event and 13 members of his cabinet are also flying to Scotland, including Transportation Secretary Pete Buttigieg, who has spoken more publicly about the summit than the supply chain crisis in the United States that falls under his purview.”

Maybe the 25,000 have no problem burning all that fossil fuel to get to Scotland because they read this March 2018 article in Investors Business Daily:

“The Stunning Statistical Fraud Behind The Global Warming Scare“.

The National Oceanic and Atmospheric Administration may have a boring name, but it has a very important job: It measures U.S. temperatures. Unfortunately, it seems to be a captive of the global warming religion. Its data are fraudulent.

What do we mean by fraudulent? How about this: NOAA has made repeated “adjustments” to its data, for the presumed scientific reason of making the data sets more accurate…

That is, until the NOAA’s statisticians “adjust” the data. Using complex statistical models, they change the data to reflect not reality, but their underlying theories of global warming. That’s clear from a simple fact of statistics: Data generate random errors, which cancel out over time. So by averaging data, the errors mostly disappear.

That’s not what NOAA does.

According to the NOAA, the errors aren’t random. They’re systematic. As we noted, all of their temperature adjustments lean cooler in the distant past, and warmer in the more recent past. But they’re very fuzzy about why this should be.

Far from legitimately “adjusting” anything, it appears they are cooking the data to show a politically correct trend toward global warming. Not by coincidence, that has been part and parcel of the government’s underlying policies for the better part of two decades.

What NOAA does aren’t niggling little changes, either.

As Tony Heller at the Real Climate Science web site notes, “Pre-2000 temperatures are progressively cooled, and post-2000 temperatures are warmed. This year has been a particularly spectacular episode of data tampering by NOAA, as they introduce nearly 2.5 degrees of fake warming since 1895.”

So the global warming scare is basically a hoax.