Elderly Christians in China are being forced by the communist government to choose between their faith and survival, a report said.

The Chinese Communist Party (CCP) has warned the Christians that unless they renounce their faith they will lose the government subsidies they rely on to survive, Tang Zhe noted in a report for Bitter Winter. 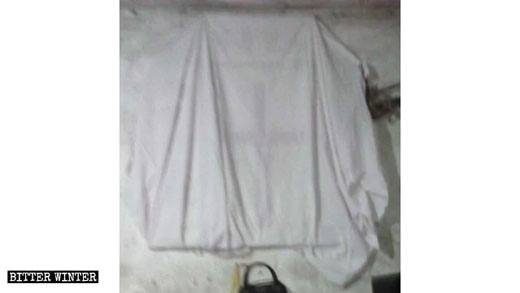 The report cited a Catholic woman from Fuzhou city in the southeastern province of Jiangxi who had been receiving monthly 250 RMB (about $35) from the government since 2018, the year her husband died. At the end of 2019, local government officials threatened the woman, in her 60s, that the subsidy would be withdrawn unless she removes images of Jesus from her home.

“Because the Communist Party feeds you,” the CCP officials told the woman. “You must only believe in it, not God.”

Two months later, the woman’s pension was canceled because she refused to remove the images.

“It has become difficult to maintain belief in God because of religious persecution,” the woman told Bitter Winter.

On April 30, community officials in Fuzhou forced a Christian woman in he 80s to cover up a cross image in her home, threatening to scrap her subsistence allowance otherwise, the report said.

Fuzhou city has intensified religious investigations through “return” inspections — visits to the places that have previously been stifled to make sure that people don’t resume practicing their faith, the report said.

During one of the inspections, Civil Affairs Bureau officials “threatened a Sola Fide believer in a nursing home, who has been paralyzed for eight years, to drive him out of the residence if he continued his belief,” the report said.

His “five-guarantees” — government aid in the form of housing, food, clothing, medical care, and funeral expenses to people who cannot work and have no income — would also be revoked. The man said officials tore down images of Jesus in his room last autumn.

“The officials said that I am supposed to believe in the Communist Party since it feeds me, or else all my social benefits would be canceled,” the man said. “I won’t give up my faith no matter how the government pursues me. If it cancels my benefits, I will meet God earlier.”

In January, officials from Jiangxi’s Yingtan city deprived a local Christian of her government aid for hosting religious meetings at home, even though the woman was immobile from an illness, the report said.

In March, officials from the city’s Yujiang district destroyed religious calendars in the homes of two believers who receive government benefits.

On Jan. 23, Taian city officials in the eastern province of Shandong harassed a Catholic, in her 70s, because of religious symbols in her home. The woman told Bitter Winter that they told her to replace the symbols with portraits of Xi Jinping or Mao Zedong since “she lives on the Communist Party’s welfare,” which might be canceled if she didn’t listen to them.

“By forcing me to remove the portrait of the Lord Jesus, the government tried to stop my belief in God, but they cannot take away my belief from my heart,” she said.

Officials from Kaifeng city’s Lankao county in the central province of Henan removed a religious calendar and couplets with cross images from the home of a poor Christian and scratched her poverty alleviation aid.

“What should I do without my income? How can I reason with them? It’s just like the Cultural Revolution,” the woman told Bitter Winter.