President Xi Jinping is stepping up China’s control of the Internet as he moves to consolidate power ahead of the 19th Communist Party Congress this fall.

On Aug. 3, Beijing’s censors and the country’s Internet service providers held a drill to practice shutting down websites deemed harmful. 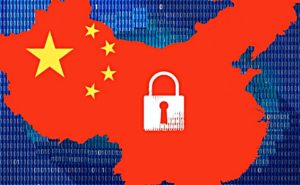 Internet data centers (IDC) and cloud companies – which host website servers – were ordered by the government to participate in a three-hour drill to hone their “emergency response” skills, at least four participants, including the operator of Microsoft’s cloud service in China, told Reuters.

Service providers, including 21Vianet Group and VeryCloud, issued notices to users ahead of the drill, warning of possible temporary service disruptions, which were confirmed to Reuters by the providers’ customer service representatives.

The Aug. 3 drill was ordered by China’s Ministry of Public Security “to step up online security for the 19th Party Congress and tackle the problem of smaller websites illegally disseminating harmful information,” according to a document circulating online attributed to a cyber police unit in Guangzhou.

An officer who answered the phone in the Guangzhou public security bureau confirmed the drill but declined to elaborate, Reuters reported.

China has moved to solidify its Great Firewall by cracking down on the usage of VPNs to bypass Internet censorship. Last week, Apple removed VPN apps from its app store, while Amazon’s China partner warned users not to use VPNs.

Analysts see Xi as one of the most powerful leaders of the Communist party in decades. He holds titles including “core” leader and commander-in-chief of the military and offices including chairman of several key policy-making groups. His anti-corruption campaign has successfully put away several top rivals.

But Xi is also said to be facing strong rivalries from the political factions of predecessors Jiang Zemin and Hu Jintao.