Major cracks are forming in Chinese supreme leader Xi Jinping’s urgent global narrative which aims to paint the communist regime as reliable partners — if not world saviors — rather than the totalitarian system responsible for the Wuhan coronavirus.

China is losing credibility as its propaganda offensive fails to hide the facts, which include faulty Chinese-made testing kits, masks, and other equipment. Efforts to win official praise for its crisis management and assistance are also hitting a wall. 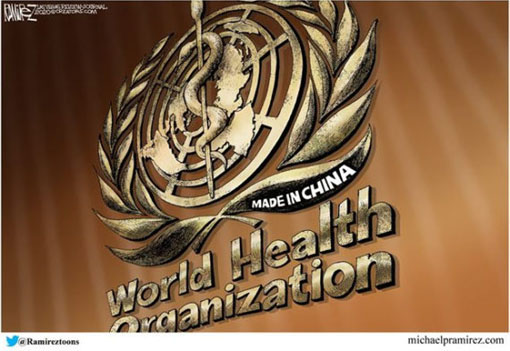 “As the coronavirus landed in Italy and began to sweep across the continent, European leaders turned to China for testing kits to quickly identify infection hot spots,” Andrea Dudik and Radoslav Tomek wrote for Bloomberg on April 1. “Some are already regretting it.”

Some 1.2 million Chinese-made antibody tests that the government of Slovakia bought from local middlemen for 15 million euros ($16 million) are inaccurate and unable to detect the virus in its early stages, according to Prime Minister Igor Matovic. “We have a ton and no use for them,” he said. They should “just be thrown straight into the Danube.”

“Similar difficulties have cropped up from Madrid to Istanbul — complicating countries’ efforts to get a handle on the virus and re-open their economies, which are headed for recessions that could eclipse the fallout from the 2008 financial meltdown,” the Bloomberg report said.

Though the complaints against China continue to pile up, the Chinese Communist Party’s (CCP’s) propaganda outlets continue to dismiss allegations of faulty gear as “nonsense,” with the Global Times saying such reports stem from a “deep sense of anxiety” among Beijing’s critics. “Through the virus battle, the superiority of China’s domestic governance has been fully displayed, and through China’s timely assistance to others, the country’s international influence has been greatly enhanced,” the Global Times claimed.

After being asked directly by the CCP to pass a resolution praising China’s response to the COVID-19 crisis, Wisconsin State Senate President Roger Roth introduced a resolution on Thursday doing the opposite, the MacIver Institute noted.

Roth said he was first contacted by the Chinese Consulate on Feb. 26 and again on March 10. It sent him a pre-written resolution.

“The Consulate General wonders if the Wisconsin State Senate could consider adopting a resolution expressing solidarity with the Chinese people in fighting the coronavirus. If yes, it would be a great moral support to the Chinese people combating the disease. Much appreciated if you could give it a serious consideration. We have drawn up a draft resolution just for your reference,” Wu Ting, CCP Consul in Chicago, wrote to Roth on Feb. 26.

The CCP’s resolution reads: “Whereas China’s action has been critical to the global fight against the epidemic, and China has adopted unprecedented and rigorous measures for disease control and prevention, including locking down Wuhan, a metropolis of 11 million people, house-to-house temperature checks, postponing the return to work after the Lunar New Year break of hundreds of millions of travelers, construction of hospitals of more than two thousand beds on green fields within days, bringing in medical teams from across the country to Hubei Province. These measures have been effective in curbing the virus from spreading to other parts of China and the world.”

Roth’s resolution condemns the Communist Party of China for how the it responded to the now worldwide coronavirus outbreak.

“The Chinese people are a great people, and heirs to one of the greatest civilizations in human history,” Roth pointed out.

The resolution condemns the occupation of Tibet, the internment of 1.5 million Muslim Uyghurs in concentration camps, hundreds of millions of abortions under the one-child policy, organ harvesting, forced sterilization, and restrictions on individual expression and religious practice.

The resolution reveals that, according to estimates “had the Chinese Government acted in a more efficient, transparent, and responsible way, cases worldwide of the virus may have been limited by 95 percent.”

A number of European governments have rejected Chinese-made equipment designed to combat the coronavirus outbreak.

Thousands of testing kits and medical masks are below standard or defective, according to authorities in Spain, Turkey and the Netherlands.

The Dutch health ministry announced it had recalled 600,000 face masks. The equipment had arrived from a Chinese manufacturer on March 21, and had already been distributed to front-line medical teams.

Dutch officials said that the masks did not fit and that their filters did not work as intended, even though they had a quality certificate,

“The rest of the shipment was immediately put on hold and has not been distributed,” a statement read. “Now it has been decided not to use any of this shipment.”

It announced it had bought hundreds of thousands of tests to combat the virus, but revealed in the following days that nearly 60,000 could not accurately determine if a patient had the virus.

Turkey also announced that it had found some testing kits ordered from Chinese companies were not sufficiently accurate.

Allegations of defective equipment come after critics warned China could be using the coronavirus outbreak to further its influence.

In a blog post last week, EU chief diplomat Josep Borrell warned that there is “a geo-political component including a struggle for influence through spinning and the ‘politics of generosity.’ ”

China: It’s not us, you should ‘double-check the instructions’

The Chinese government is rebuffing the notion that its face masks exported to other countries were “defective” and suggested that the nations did not “double-check” the instructions.

China’s Ministry of Foreign Affairs on Thursday claimed in a tweet that the “true story” behind the alleged faulty face masks sent to the Netherlands was that the Chinese manufacturer explicitly “stated clearly that they are non-surgical.”

“Masks of various category offer different levels of protection, for day-to-day use and for medical purposes,” the Ministry of Foreign Affairs said in the tweet. “[Please] double-check the instructions to make sure that you ordered, paid for and distributed the right ones. Do not use non-surgical masks for surgical purposes.”

Authorities in Australia have begun seizing Chinese-made faulty face masks and other protective clothing that is being exported to Australia to help halt the spread of coronavirus.

Australian Border Force (ABF) officers reportedly have intercepted several deliveries of personal protective equipment that have been found to be counterfeit or otherwise faulty.

One law enforcement official, who spoke on the condition of anonymity, estimated the ABF had already seized 800,000 masks with a combined value of more than $1.2 million on the Australian market.

“We started seeing this stuff arriving roughly three weeks ago when news of the pandemic was really taking off,” the official told the ABC.

“The dodgy material is coming via air cargo because there is a backlog of sea freight at Australian ports.”

“A large number of Chinese manufacturers are working around the clock to help other countries save lives,” she said on Tuesday.